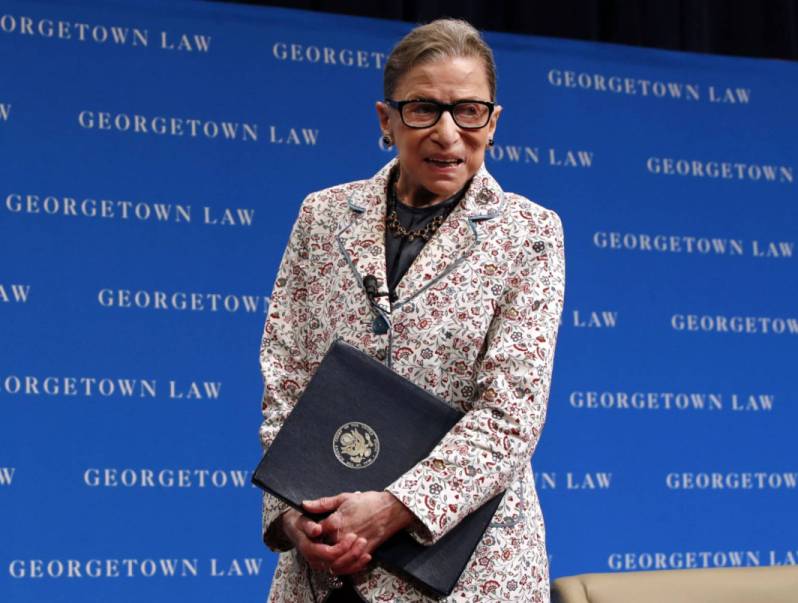 Ruth Bader Ginsburg, judge of the Supreme Court, has been hospitalized in Washington after breaking three ribs after suffering a fall, according to the highest judicial authority on Thursday. Ginsburg, age 85, is the Supreme Court’s oldest judge and icon in progressive circles and in popular culture, for example for her defense of the right to abortion and her calm but profound judicial arguments. Her accident, which occurred on Wednesday in her office, stoked fears in the US left for her state of health and the political color of the court.

In the event of Ginsburg’s retirement or death, the American president, Republican Donald Trump, would have the possibility of appointing his third candidate to the Supreme Court, where the charges are for life and influence for decades in the social direction of the United States. In the legislative elections on Tuesday, the Republicans maintained and expanded their majority in the Senate until at least January 2021. It is this House that is in charge of voting for the nominees to the tribunal after intense scrutiny of their candidacy.

Ginsburg, who during the 2016 election campaign criticized Trump, has shown no signs of wanting to retire and has already chosen her assistants until at least 2020. Currently, of the nine judges of the Supreme Court, five are considered conservative and four are progressive.

That balance of power was accentuated in October with the appointment of Brett Kavanaugh, whose voting process was embroiled in a huge political crisis after being accused of sexual abuse of women, extremes that he categorically denied. Kavanaugh, who will officially take office this Thursday, replaces Anthony Kennedy, 82, who announced his retirement last summer and who acted as a pendulum in court, sometimes aligned with conservatives and in others with progressives.

Ginsburg was nominated in 1993 by the president of that time, the Democrat Bill Clinton. It is not the first time she suffers from health problems. She already broke two ribs in 2012, was operated on the heart in 2014 and has also overcome a cancer.

2018-11-08
Previous Post: Resistance to antibiotics causes 33,000 deaths per year in Europe
Next Post: US sanctions 17 Saudi officials for killing Khashoggi