Who is Princess Eugenia’s fiance?

This Friday, October 12, the British royal house will again be celebrating, the wedding of Princess Eugenia of York and her fiance Jack Brooksbank will take place, she is the ninth in the line of succession to the British throne, she is daughter of Prince Andrew, Duke of York and granddaughter of Queen Elizabeth II. The couple has been dating 8 years and although Jack Brooksbank does not belong to royalty, he has known how to earn the respect of her family by knowing how to stand out in each event to which he is invited with her future wife. 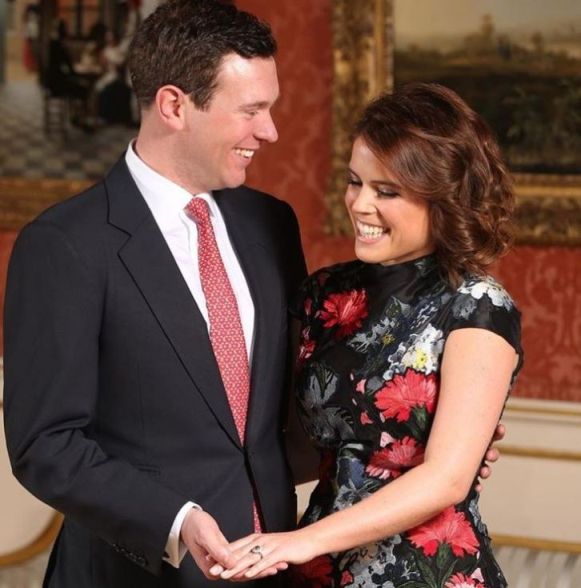 Jack Brooksbanky met Eugenia during one of his trips to Switzerland to ski, he is a London businessman and recognized to be the ambassador of George Clooney’s Casamigos tequila, it has been pointed out that this wedding would be bigger than they had in May past Meghan Mrkle and Prince Harry’s, cousin of Eugenie. Jack Brooksbanky was a student at the fascinating Stowe School of the hotel and wine trade pointing out on occasion his desire to have a chain pubs, which would be an establishment serving intoxicating drinks and not, as well as refreshments, under the premises of the country.

The royal house has given some of the details that will be had in this ceremony which will take place this Friday in the chapel of St. George, followed by a reception at Windsor Castle.

During the service The Archbishop of York, the most reverend and Rt Hon. John Sentamu, has written a personal prayer to be included in the wedding service order. Princess Eugenie and Mr. Brooksbank have asked cake designer Sophie Cabot to make their cake. The couple has chosen red velvet and chocolate cake, incorporating autumn colors and decorated with ivy.

Likewise, as previously indicated, the grounds of Windsor Castle will be opened to receive 1,200 members of the public and representatives of charities and organizations supported by the couple.

Jack Brooksbank has been very well received from the beginning by the parents of Eugenia, Prince Andrew and Sarah Ferguson who, although they are separated, continue to share the Royal Residence where they live, it is also very dear to Sister Beatrice of York who will surely have a very important role on the day of the wedding.

After the wedding Jack will continue to be a common citizen and no title will be given to him by the queen, therefore he will not have special dealing. Eugenia if it is allowed to have social networks where she shares a lot of her life and that she has a normal work life outside of reality.