Who hears the presidents’ calls

The conversations of the heads of Government or presidents’ calls are usually recorded or recorded in notes, and are classified according to the degree of confidentiality. 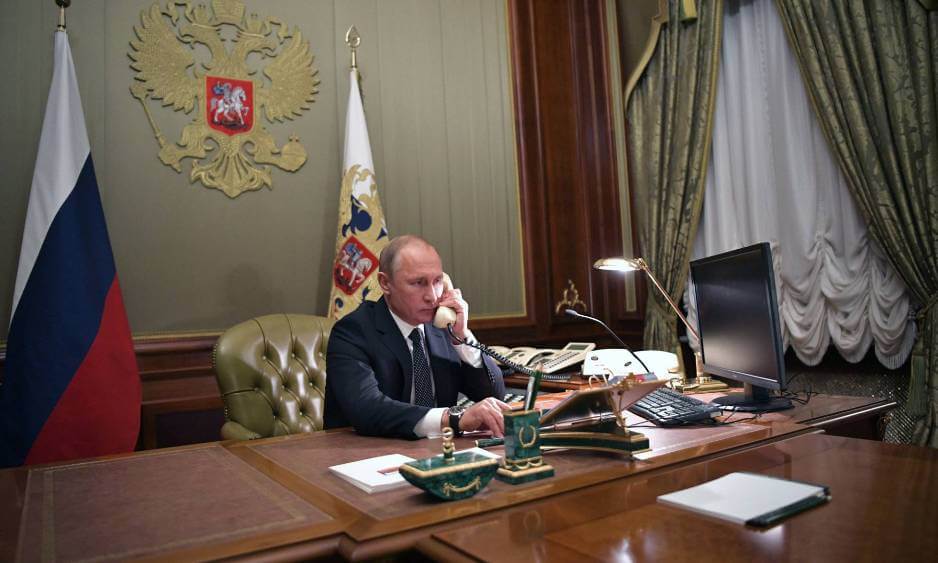 The record of a telephone conversation between Donald Trump and Volodymyr Zelensky has triggered a political storm and a process of dismissal of the US president. In that case, several officials took notes that were later made public. Each country has protocols to record the calls of their leaders and how they are classified according to their degree of confidentiality. Here are some examples:

Like the US, Russia records all Putin’s talks with international leaders. The Kremlin wants transcripts of President Vladimir Putin and Donald Trump’s calls to be kept confidential. “We hope that in our bilateral relations, in which quite serious problems abound, we will not reach that,” Russian diplomat Dmitry Peskov said after the scandal arising from the US president’s conversation with that of the Ukraine, Volodymyr Zelensky.

The Special Communications and Information Service of the Federal Security Service, one of Russia’s highest level intelligence agencies, is the one that deals with the president’s telephone conversations. In them, a translator is present – even if both people have good knowledge of the common language – a communications engineer and part of the president’s team. There is a record of all, although it is not detailed if it is always an audio recording or a transcript or both. And they are considered a state secret. Once upon a time, Russia has threatened to publish one of those conversations.

The president’s conversations with other leaders are recorded in the notes of his diplomatic advisors. However, not all conversations are always recorded. The presidential documents are transmitted to the archives once the term ends and, as of this period; they are kept secret for 25 years, expandable to 50 in the event that it affects the vital interests of the State.

The talks held by the prime ministers with other heads of state pass through the diplomatic office of The Palazzo Chigi, seat of the Government. Normally, a former Cabinet chief explains, “there is always someone else who listens to them.” “Some are made through a protected line, others are not,” he says. Conversations are usually recorded and archived. They are not public. They would only be delivered in case of a judge’s request

The presidency of the Republic, on the other hand, acts differently. As they explain in the Quirinal Palace, the conversations held by the current president, Sergio Mattarella, are never recorded.

The telephone conversations of Chancellor Angela Merkel are not recorded or written. Another thing is that people of the chancellery near Merkel and that are part of the hard core of decision making can listen to certain conversations with their consent and when they consider it necessary. After consulting the Foreign Ministry, they decline to make official statements about what they consider to be an internal procedure.

The German secret services are not part of that small group. From the Office for the Protection of the Constitution (BFV, for its acronym in German), the intelligence agencies of Germany, indicate through a spokeswoman: “We do not listen to any conversation of Chancellor Merkel.” Remember that the privacy of communications is protected by article 10 of the German Constitution. “In Germany, communications are very, very protected. Here it would not be possible to [listen],” adds the spokeswoman, who details that only in very exceptional cases of terrorism could an Ad Hoc government commission be set up to allow some access to the content of the talks. “It would imply a very complicated procedure,” added from the BFV.

2019-09-27
Previous Post: Stalkerware: Are you spying on your mobile? So you can find out
Next Post: Blepharitis in children