The spokesman for the White House, Sean Spicer, ordered last week the cell phones of the presidential residence employees to be review for prevent leaks, several media outlets in the United States said Monday. 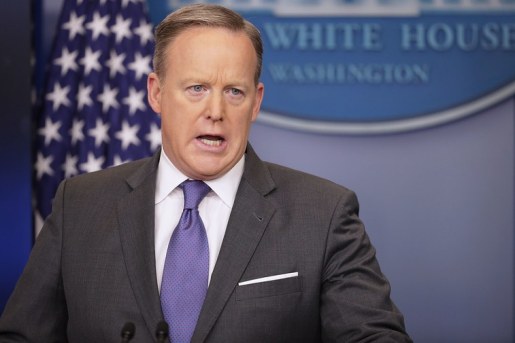 According to the CNN network, Spicer called on employees in his office to convey his frustration by leaks that have occurred since President Donald Trump came to power last January 20.

The workers were summoned to an “emergency meeting”, assured by the newspaper Politico sources present in the room, stating that they had to leave their equipment on a table for a “checkup”.

The spokesman warned attendees that using encrypted text applications, such as Signal or Confide, is a violation of the law, according to CNN, which quoted “sources with knowledge of the matter”.

Later, Spicer, accompanied by White House lawyer Don McGahn, asked employees to provide their phones to verify that they did not use the aforementioned applications and were not in contact with journalists privately.

The spokesman not only required working phones, but also the personal.

In accordance with the Fox News, that appointment as a source to two government officials, “about two dozen” received notice of Spicer to deliver their phones.

The review was paradoxically leaked today after Trump declared on last 16th the war to the filtration to the newspaper press on his government that have multiplied in the last weeks.

Trump then claimed that he had commissioned an investigation into such “criminal” acts and that the perpetrators will pay “a great price”.

“We’re going to find those responsible for the leaks and they’re going to pay a heavy price for filtering”, Trump said during a meeting with members of Congress at the White House.

Then, at a news conference, the president announced that he had “asked the Justice Department to examine” the proliferation of “criminal leaks” on information from his Executive appearing in the media thanks to anonymous sources.

Among the leaks that have angered Trump is the one that revealed that his former national security adviser, Michael Flynn, had talked with Russia about the sanctions imposed to that country, something that motivated the resignation of that high official.

Since the electoral campaign last year, Trump has not stopped attacking major media who publish some uncomfortable news for the Tycoon, to the point of calling them “dishonest”, “enemy of the people” and spreading “false news”.