Different initiatives, public and private, are in full development of a variety of applications that aim to analyze the face to know different aspects of our psyche and physical state. Through the study of movements and other parameters of facial space, these companies ensure that they are able to determine if a person lies, sick and even know their sexual orientation. 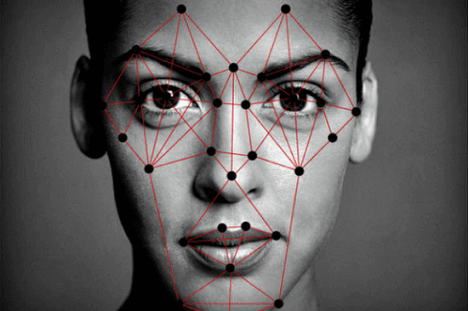 On September 8, a Stanford University study was published which reported on the creation of an algorithm capable of predicting, with a high level of accuracy, the sexual orientation of a person through the analysis of his face. The program developed by a team of this university came to analyze more than 35,000 photographs carried out by human faces. The results showed that the algorithm was successful in the sexual orientation of 81% of the men and 74% of the women who appeared in the images.

The vast majority of applications focused on the measurement of facial aspects aim to know the emotions of the subjects analyzed. Companies like Kairos or Affectiva, among many others, have for years analyzed patterns and collaborate with psychologists and other experts to establish if an individual feels joy, sadness, fear or other feelings.

The lie could have the days counted thanks to the development of the facial analysis carried out by means of algorithms of automatic learning. In November 2015 the New Scientist reported on a program that studied the faces of 121 defendants, for different reasons, during their trials. The application was able to identify who was telling the truth in 75% of the cases, a percentage higher than the 59.5% probability that humans have to discern whether they are cheating us or not.

Security is one of the fields in which more companies are working using this type of technology. The Israeli Faception appeared last year in the sections of technology of the big intentional media thanks to its facial analysis software capable of recognizing if any individual has terrorist or pedophile tendencies, among other probabilities. After its appearance in the media, several experts indicated that the program had more fantasy than reality.

Through a simple photograph of the face, the application Face2Gene can detect if a patient is suffering from a rare disease. The software of the company of the same name is a clear example of the potential that this type of technologies has in the medical field. Google and other large companies are betting on similar projects that seek to become a support for healthcare staff.

Even in the field of education, facial analysis by algorithms has its space; recently The Verge informs facial recognition software that detects whether students are paying attention to classes or not.

While it is true that many of the algorithms used to know the emotions of the public through their faces work more and more accurately, those that indicate being able to predict and categorize a person within a pattern – tendencies, sexual orientation, among others – do not do so with the same rigor. Time will tell where the limits of what our face hidden are.

2017-10-20
Previous Post: United States “does not rule out” direct talks with North Korea
Next Post: Create a Revolutionary Surgical Adhesive for Tissue Repair