Wall Street closed Friday down again with a drop of 0.24% in the Dow Jones Industrial, a day focused again on uncertainty before the presidential election of next Tuesday in the United States. 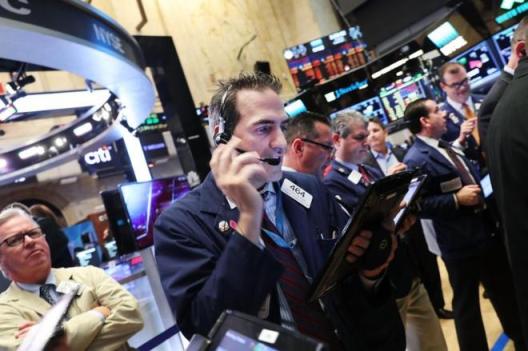 The decline today in the S&P 500, the ninth straight, makes this indicator, the preferred by many investors; accumulate nine consecutive falls, a streak of declines not seen in 36 years.

In the case of the Dow Jones is the seventh consecutive decline, and is also above the end of last year, when it ended at 17,425.03 points.

The setbacks of today and those of earlier dates are linked to the political uncertainty for the presidential elections and with the little difference that have in the polls the democratic candidate for the White House, Hillary Clinton and Republican challenger Donald Trump.

Wall Street believes that, under administration of Clinton, may be a better environment for trading than Trump, which is reacting low to the possibility that the Democratic candidate does not come out victorious in the elections.

To this today joined a further decline in the prices of crude oil, which in the case of Texas oil ended up losing 1.32%, with a cumulative weekly decline of 9.5%. The possibility that the US Federal Reserve raise interest rates at their meeting of next December also impacts on the stock market because knows that in that situation, some of the money now comes to the parquet will be diverted to other scenarios.

The largest decline was for Procter & Gamble (-1.76%), the Travelers insurance company and the consortium of Walt Disney, both with -0.99 percent.

In other markets, Texas oil prices ended at $44.07 per barrel and, at the close of Wall Street, gold rose to $1,306.0 per ounce, the profitability of the public debt to ten years was going down to 1.776% and the dollar eased against the euro, which was trading at $1.113.

2016-11-04
Previous Post: Bill Clinton: first lady? first man? What would be his title?
Next Post: Mila Kunis denouncing sexism in Hollywood in a public letter