US strengthens the powers to examine foreign investments

Donald Trump shows again how far he is willing to carry his authority in the commercial sphere, although this time he has done so without imposing his will by decree. The United States wants to reinforce the instruments at its disposal to prevent Chinese or foreign companies from obtaining sensitive technology through acquisition or merger operations with a US company. 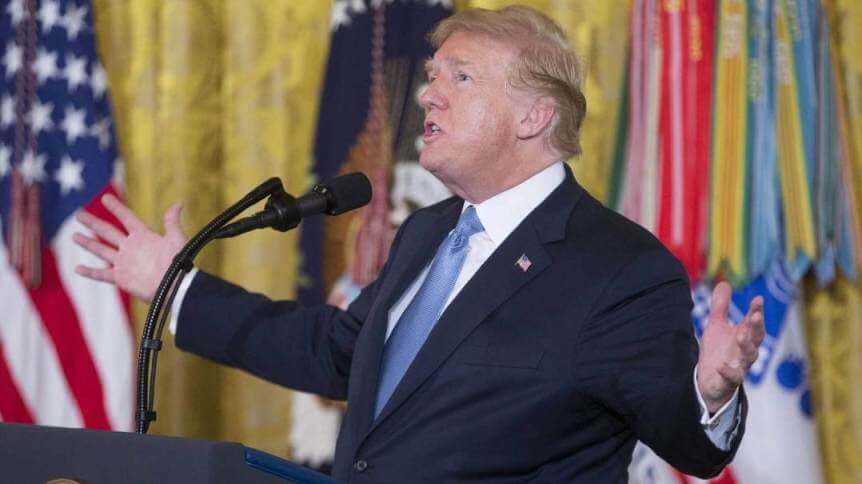 Specifically, the margin of action of the Foreign Investment Committee is extended, the same group that already has the power to block takeover operations of a US company if it represents a threat to national security. Restrictions on foreign investments will be modulated according to the type of technology to which they will have access. Traditionally, these operations were vetoed when they affected the defense industry, but with this measure, the field of action will cover all technologies, including those for civil use.

We proceed to “modernize” the way in which this committee operates, with the objective that it can more effectively protect the technology that this agency considers sensitive. “It will become a very powerful instrument to preserve our interests”, said administration sources, “We will be able to deal in a more flexible and aggressive way in the face of different threats, no matter where they come from”.

The White House sends the message to its partners that bad practices (such as the theft of technologies) in commerce have consequences. It is also a coup to mark the ground for legislators in Washington, after the United States Senate last week approved a measure to overthrow the covenant closed by the Department of Commerce with the Chinese manufacturer of ZTE mobile phones. Previously it had been banned from operating in the US alleging national security issues.

The measure to control investments is announced a week after the administration presided by Donald Trump threatened to impose tariffs on Chinese goods for an additional value of 200,000 million dollars (172,000 million euros) in imports, to which a Customs tax of 10%. He did it only a few days after he approved 25 per cent of tax on 1,100 products.

The staging, however, was done in a more restrained way than on other occasions. Donald Trump tried on the eve of lowering the tone of the decision by insisting that the restrictions on investments would not apply only to Chinese companies. His statement was in line with those of Steven Mnuchin, his secretary of the Treasury, who is part of the group that is more open to negotiate.

During the weekend there was speculation that it could be forbidden – by decree – that a company could embark on this type of operations if it has 25% Chinese ownership in its capital. It was even suggested that this threshold be lower (up to 10%) if the transaction included a seat on the board of directors of the US company that was the object of the acquisition or merger. However, now it is decided that this committee will make the decision.

What it does is to use the existing legal structure, incorporating new definitions and instruments that are used to review foreign functions that may represent a risk to national security. The sources of the Administration insist that the reinforcement is “a natural evolution” that will also allow investors to be clear about the restrictions that will be applied to these operations.

“Protecting the transfer of technology is a very important issue for the United States”, Mnuchin reiterated, “That’s why we’re going to be very careful when it comes to examining this type of operation”. The Secretary of the Treasury warns that if Congress does not approve this change, the president has the necessary powers to proceed with the modernization of this instrument by decree.

2018-06-27
Previous Post: Austrian Government orders to shut down seven mosques and the expulsion of 60 imams
Next Post: Five Easy Ways for Your Facilities Management Company to Become More Efficient