The United States will impose sanctions on 17 Saudi Arabian nationals, whom it accuses of being implicated in the murder of journalist Jamal Khashoggi on October 2 at the Saudi consulate in Istanbul. The sanctions include the freezing of assets they may have in the United States and the prohibition of US citizens from conducting economic transactions with them. 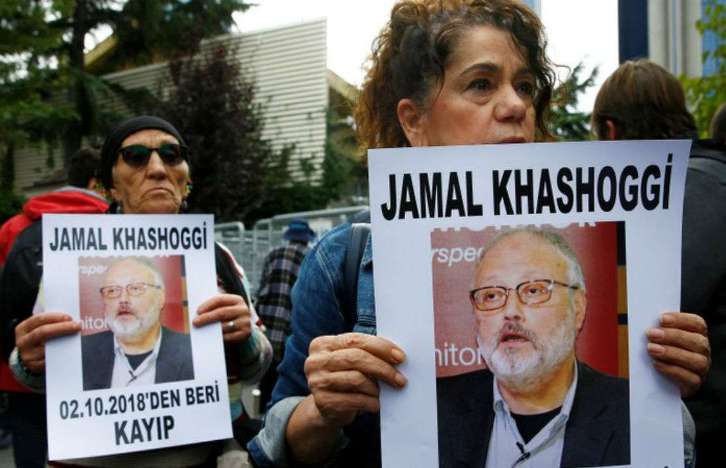 The Treasury Department, in a statement published Thursday, believes that the 17 “were involved in the abhorrent murder” of the journalist, columnist of The Washington Post, critical of the Saudi regime, “who resided and worked in the United States”. The announcement comes after Riad said they have charged 11 people for the crime. Five of the 11 accused, according to the Saudi prosecution, face the death penalty.

“The Saudi officials to which we are punishing were involved in the heinous murder of Jamal Khashoggi”, Steve Mnuchin, treasury secretary, said in the statement. “These individuals who brutally attacked and murdered a journalist who resided and worked in the United States must face the consequences of their actions. The United States continues to work diligently to verify all the facts and will make those responsible for justice for Khashoggi’s fiancee. “The children and the family that survives pay. The government of Saudi Arabia must take the measures adapted to finish any attack against political dissidents or journalists”.

Khashoggi was assassinated on October 2 at the Saudi Arabian consulate in Istanbul, where he had initially gone to carry out a personal process, related to his future marriage with a Turkish citizen, and was required to attend a second appointment, of which he did not return.

Unlike the Saudi statement, in the US government it is suggested that the murder was planned. Riad defends that the decision to kill Khashoggi was improvised by one of the agents who had been sent to take the journalist to Saudi Arabia. Neither of the two governments involves Mohamed bin Salman, crown prince and strong man of the Kingdom of the Desert, whom Turkey considers indirectly responsible for the death of Khashoggi.

Among the 17 sanctioned by the United States, under the so-called Magnitsky Act, which punishes people accused of corruption or involved in human rights violations, is Saud al-Qahtani, a senior official of the Riyadh regime who is accused of being part of the planning and execution of the operation. It does not appear, however, Ahmed Al-Assiri, number two of the intelligence service and close to the crown prince, whom the Saudi prosecutor accuses of dictating the order to persuade or force Khashoggi to return to his country. The operation, according to the version of the US Department of the Treasury, “was coordinated and executed by his subordinate Maher Abdulaziz Mutreb”. The list of sanctions is completed by another 14 officials of the Riyadh Government and the Consul General in Istanbul, Mohammed Alotaibi.

2018-11-15
Previous Post: Why the accident of a Supreme Court judge disturbs many in the United States
Next Post: Nancy Pelosi, the scourge of the Trump Republicans