United States “does not rule out” direct talks with North Korea

U.S. Assistant Secretary of State John J. Sullivan said today in a visit to Tokyo that the White House “does not rule out” the possibility of a direct dialogue with North Korea, despite the current context of tension between both sides. 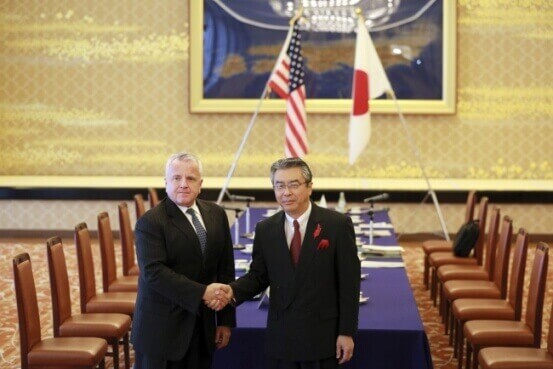 The United States Undersecretary was on the diplomatic route to resolve the crisis in the region, after meeting with his Japanese counterpart during the second day of his trip to Japan, during an Asian tour focused on the North Korean issue.

“Although we are focused on raising the pressure (on North Korea), we do not rule out the possibility of direct talks”, Sullivan said after meeting with Japanese Deputy Foreign Minister Shinsuke Sugiyama in statements.

“Our emphasis is on diplomacy to solve this problem, however, we must be prepared for the worst with our allies Japan and South Korea, among others, should diplomacy fail,” said the undersecretary of the United States.

These statements reaffirm Donald Trump’s recent commitment to the administration’s dialogue before the president’s upcoming Asian tour after Washington and Pyongyang set off last month at a crossroads of warmongering threats that raised the tension to unprecedented levels.

Trump, who will visit South Korea, Japan and China, says he is still pursuing the diplomatic solution before opting for the military, as Secretary of State Rex Tillerson said over the weekend in a televised interview.

Beijing has insisted on the need for direct negotiations between Washington and the regime led by Kim Jong-un to resolve the situation, although both the United States and its ally Japan have rejected the diplomatic pipeline unless Pyongyang waives the development of ballistic missiles and nuclear bomb.

Apart from showing their willingness to dialogue, Washington has stepped up in the latest deployment of strategic assets around the peninsula to intimidate Pyongyang, including the start of joint naval maneuvers with high profile Seoul.

North Korea, meanwhile, threatened again last Friday to attack the island of Guam, which hosts one of the largest bases in the United States. Of the Pacific, while its deputy UN ambassador Kim In-ryong warned on the eve of the possibility that the tension in Korea would lead to “a nuclear war at any moment”.

2017-10-17
Previous Post: The reasons why Federer can snatch the number 1 to Nadal
Next Post: What mysteries can the machines reveal just by looking at your face