US authorities have announced a ban on laptops and tablets in the flight deck of nine airlines from eight countries in the Middle East, claiming a risk of “terrorist” attacks. Companies like Emirates Airline or Turkish Airlines, which operate direct flights from Dubai or Istanbul to the United States, have 96 hours (four days) starting today to prohibit their passengers from embarking with larger electronic devices than a cell phone. 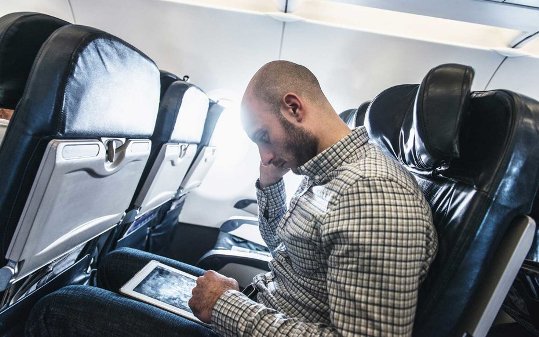 All such devices (laptops, tablets, consoles, e-books, DVD players, cameras…) should be included in the checked baggage of the aircraft, officials said.

“The review of intelligence services indicates that terrorist groups are still targeting air transport and are looking for new methods to perpetrate their attacks, such as disguising explosives in consumer goods”, one of them said.

“Based on this information”, Homeland Security Secretary, John Kelly, “decided that it was necessary to strengthen security procedures for passengers with direct departures from some airports and destination to the United States’, added another official, without detailing with what precise information Washington had.

“We believe that this is what needs to be done and in the right places to ensure the safety of travelers”, said a senior official who referred to “several incidents and attacks successfully disrupted on passengers and airports in recent years”.

The prohibition of bigger electronic devices than a mobile phone would be linked to a threat by the Al Qaeda group in the Arabian Peninsula (AQAP), active in Yemen, CNN said, quoting a US official.

The US authorities previously informed the involved countries and airlines and some of them published some information on Twitter for their customers.

US officials did not give a deadline for the in-cabin ban of the electronic devices, but warned that if the declaration is not implemented, airlines could lose their right to fly to the United States.

This declaration is part of a process of intensified border controls and, more generally, US immigration policy since the arrival of Donald Trump.

2017-03-21
Previous Post: Scotland defies London and calls on Parliament to support second referendum
Next Post: Attack in London: Reveal the true identity of the attacker and arrest two other people