To avoid all things the return of border checkpoints – or any other physical infrastructure – between the territory of Northern Ireland and the Republic of Ireland is one of London’s top priorities in its negotiations on Brexit. This is underlined by the second document presented Wednesday by the British Government, which continues in the drawing of its route map for the exit of the EU. The report comes a day after London officially proposed to reach an agreement to maintain a temporary customs union after March 2019. 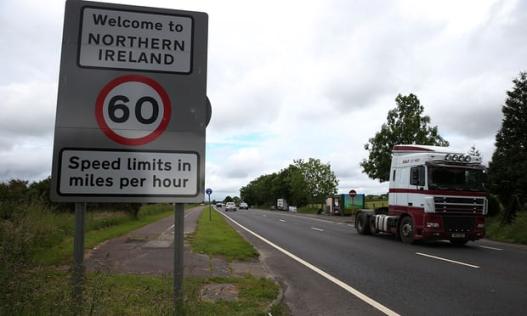 When that date officializes the divorce of community partners, the 499-kilometer line separating Northern Ireland from its southern neighbors will become the European Union’s external border. The government of Theresa May reiterates in the document its rejection of the alternative of establishing a maritime border in the Irish Sea, which considers unviable both economically and constitutionally, and insists on its desire to maintain the current bilateral common space.

More a statement of intent than a proposal with solid and applicable details, the content of the document has been criticized by the opposition parties and detractors of the Brexit as a collection of vagueness. With its spread, London reiterates its demand to the EU to be “flexible” in the North-Irish question, appealing to its “unique circumstances”. Even above the economic impact, the two Irishmen are particularly concerned about the psychological impact of the restoration of a “hard border”, the scene of nearly three decades of sectarian violence that caused 3,500 deaths before the 1998 peace accords.

“If we stick to the recent statements by Michel Barnier [the head of the EU negotiators on Brexit], I think there is an implicit recognition that we need a special agreement” for Northern Ireland, said the British minister James Brokenshire. References to Barnier have also come from Brussels. A spokeswoman for the European Commission quoted the European negotiator as saying: “As Barnier said, we must discuss how to maintain the common bilateral space and to protect in its entire dimension the Good Friday Agreements of which the UK is co-guarantor. A political discussion before seeking technical solutions”.

The position of the May government defends an “invisible border” which, according to the document published on Wednesday, contemplates the exemption of controls for small traders (which account for 80% of bilateral trade). In the case of large-volume exports, pre-registration of trucks and other transport vehicles would allow them to be subject only to electronic control. London comes to suggest that Brexit would have no implications on the border of Northern Ireland if the UK and the EU manage to close a new and favorable customs agreement.

It is known that the Dublin government does not consider this scenario too realistic, although its spokesman described Wednesday the British document as “timely and useful”. “It is crucial to protect the peace process [sealed in the Good Friday agreements of 1998],” he warned. But he added that “the issue cannot turn into a changing currency in the negotiations” on Brexit.

2017-08-16
Previous Post: The oldest man in the world dies at age 113, Holocaust survivor
Next Post: Donald Trump says Kim Jong-un made a “very wise” decision not to attack Guam