United Kingdom: Theresa May won the confidence vote in the House of Commons

Prime Minister Theresa May was able to save her head in a vote of confidence in her government following the Queen’s speech, thanks to a dramatic policy change that allows abortion in the public health service for women in Northern Ireland, Where it is prohibited. It triumphed by a majority of 14 votes, which forced her to return in urgency since a G20 meeting in Berlin and showed her political fragility. 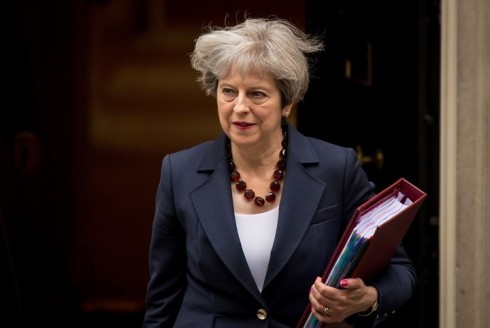 The government plan was accepted by 323 votes against 309 votes. An indication of how this government will vote without a majority of now in more, when it will have to negotiate each of its legislative plans with the DUP.

Two of the Labor amendments were defeated and the third, which requested free abortion in Britain for women in Northern Ireland, was withdrawn when the chancellor of the finance, Philip Hammond, announced the waiver when the voting debate began. But it was a huge success for Labor MP Stella Creasy, who, with the support of all parties in her amendment, bowed to the government.

The abortion had put the DUP, the ally of the government that grants him the majority, in an impossible position because it refused to allow abortion in Ulster. She had to vote against and leave the government without the votes she needed to win and the decision meant the fall of Theresa May. The prime minister had to take a step she did not want to save herself, when flying from Berlin to London to participate in the vote. Each parliamentary vote will be a conquest for the Torys, in a guerrilla war to avoid the only thing that causes them panic: an early general election, which can win the Labor in full negotiation of Brexit.

The Tory government announced a further concession to give Northern Ireland women the possibility of aborting health care in Britain to stem the growing conservative rebellion in their ranks on another chaotic day of heavy transactions at the palace of Westminster.

Conservative MP Heidi Allen criticized in the House of Commons her own party’s agreement with the DUP’s Irish fundamentalists. “I cannot put my fury in the face of the agreement my party has made with the DUP”. We do not need this; I want to put “on record” my displeasure at the use of public funds to gain control”. THE DUP is a Democratic Unionist Party, created by Ian Paisley, who denies the theory of evolution, gay marriage and abortion.

The vote of confidence demanded extraordinary logistics, with Whips Torys collecting votes forcing deputies to return from holidays, from the hospitals where they were sick. Even a Conservative MP voted with a newborn baby in her arms. Another lawmaker Tory was not able to attend her mother-in-law’s funeral because she voted for Parliament. The other amendment was introduced by Labor Chuka Umunna, who said that Theresa May did not have public support for the Hard Brexit proposed in the campaign and proposed to keep the kingdom within the single market, which Hard Brexit does not favor. It would cost Great Britain 31 billion pounds, he warned.

Corbyn decided to expel four of his Cabinet ministers in the shadows for not accepting partisan verticality. A crack that stays in the Labor opposition since the launch of Article 50, which initiates the divorce between Britain and the EU. Just as Theresa May has serious divisions in her party, Jeremy Corbyn doesn’t get discipline against the Brexit to his parliamentary party, with whom it has strong differences.

2017-06-29
Previous Post: The European Union punished Google with a record fine
Next Post: How To Choose Your New Car