The United Arab Emirates (UAE) announced on Tuesday the formation of an economic and military alliance with Saudi Arabia, independent of the Gulf Cooperation Council (GCC). The news gives the lace to this forum that, just a few hours later, went to celebrate its first summit since Riad and Abu Dhabi broke relations with Qatar last June, unleashing the biggest crisis in 36 years of the group’s life. Significantly, both Riyadh and Abu Dhabi have sent low-level delegations to the Kuwait meeting. 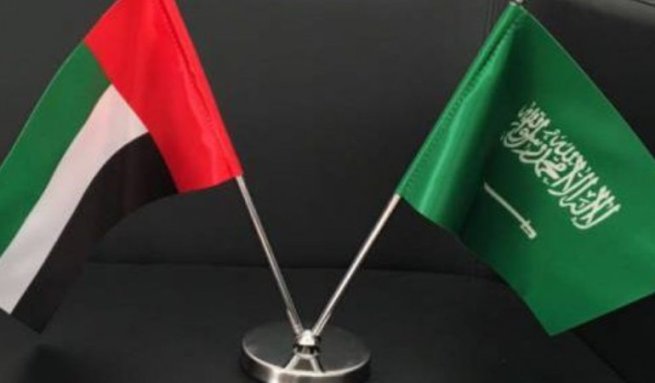 The president of the UAE, Khalifa bin Zayed bin Sultan Al Nahyan, has signed a decree establishing a “joint cooperation committee” to coordinate “all military, political, economic, commercial and cultural affairs” between the two countries. This committee will be presided, on the Emirati side, by Mohamed Bin Zayed (MBZ), heir of Abu Dhabi and de facto governor of the UAE and his half-brother Khalifa suffered a stroke in January 2014.

The project seems redundant with the GCC, the block created in 1981 to promote the security and economic cooperation of the six riverside monarchies of the Persian Gulf in the face of the fears that led to the triumph of the Iranian revolution, two years earlier. In addition, of the aforementioned, the group includes Bahrain, Kuwait and Oman.

“It has been a good opportunity to gather the brothers of the GCC in their second home, Kuwait”, said Sheikh Jaber al-Ahmad al-Sabah, in dismay, at the closing of the summit. But despite their efforts to hold the meeting, their words could not hide that Saudi Arabia, Emirates and Bahrain had sent delegations of second level to a meeting that each year brings together the six Gulf monarchs or, when health reasons they prevent their heirs.

In view of that rudeness and of the Emirati announcement, it is unlikely that the call of Sheikh Sabah to create a mechanism for resolving disputes among the members of the GCC will be echoed. For the moment, the summit, which lasted only two hours, was unable to reduce the crisis that has paralyzed the group.

“It gives the impression that there is an intention, on the part of Saudis and Emiratis, especially given the time of the announcement today, to say that the GCC is indeed finished”, Majed al Ansari, of the University of Qatar, was quoted by the newspaper Al Jazeera. In the opinion of this analyst, Emiratis and Saudis “have no intention of supporting the stability of the GCC, nor Kuwait’s mediation efforts, nor to end the crisis”.

Although there has been no information about it from Riyadh, Saudi Arabia and the UAE, the largest economies of the Arabian Peninsula, have increased their cooperation in recent years and adopted a more active foreign policy. The coincidence of interest has become especially evident since the arrival of the power of King Salman, whose son and heir, Prince Mohammed Bin Salman (MBS), has taken the reins. This launched the military intervention in Yemen in March 2015 with the support of MBZ and both, who see political Islam as a threat to the stability of the region and are suspicious of Iran, are behind the blockade of Qatar.

Riyadh and Abu Dhabi accused their neighbor last June of terrorism financing and supporting Islamist groups in the orbit of the Muslim Brotherhood. Since then, with the support of Bahrain, which has become a Saudi satellite since 2011, when Riyadh sent its troops to defend the monarchy of the popular uprising, and Egypt, whose dictator they finance, they have subjected Doha to diplomatic isolation and commercial. Qatar, which denies the accusations, has been willing to negotiate, but rejects the capitulation that they demand and that includes, among other things, the closure of the Al Jazeera television network.

Despite its 36 years of shooting, the GCC has proved incapable of tackling the crisis. The emir of Kuwait, whose attempts at mediation have failed, hoped that the summit on Tuesday would at least freeze the situation, so that it would not get worse. But only the Emir of Qatar, Sheikh Tamim Bin Hamad Al Thani, has responded to his invitation. The absence of King Salman or his heir, and that of the heir of Abu Dhabi, already evidenced the lack of progress.