The Turkish authorities will continue their investigation into the Jamal Khashoggi case independently and will make public their own conclusions, as they disagree with the version of the facts about the disappearance and death of the Saudi journalist presented by Riyadh. “We are not satisfied” with the explanations given by Saudi Arabia, a source from the Turkish government, who requested anonymity. “The Turkish investigation will continue without interruption and no matter what the Saudis do”, he added. 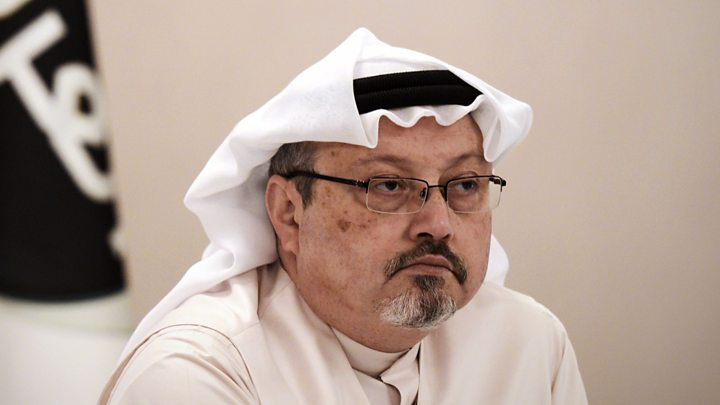 In the same vein, other senior Turkish officials have spoken. “Turkey will reveal what happened. No one should doubt this”, said Omer Celik, spokesman for the Justice and Development Party (AKP) that governs the country. Leyla Sahin Usta, a deputy and vice-president of the AKP’s human rights commission, criticized the explanations given by Riyadh and said they should have acknowledged the death “much earlier”. “It is an immense shame for Saudi Arabia and the entire planet”, she told. Khashoggi’s fiancee, Turkish citizen Hatice Cengiz, tweeted after the Saudi announcement: “May God have mercy on you, my beloved Jamal, rest in paradise”.

Turkish President Recep Tayyip Erdogan held a conversation with Saudi King Salman Bin Abdulaziz on Friday night and, according to Turkish media, both agreed to continue cooperating in the investigation.

A Turkish government source told Reuters that Turkish police “are not far away” from discovering what happened to the body of the Saudi journalist. According to local media reports, Turkey has procured DNA samples from Khashoggi through personal effects that were available in Istanbul so it has not been necessary to ask them to Saudi Arabia, and checking them with the samples collected in recent days. within the Saudi consulate and the residence of the consul, besides the Forest of Belgrade, in the north of Istanbul, and the province of Yalova, where it is suspected that the body may have been transported, of which there is still no trace.

“We want justice for Jamal!” demanded Turan Kislakci, friend of the victim and president of the Turkish-Arab Press Association. He, other journalists and relatives of Khashoggi concentrated this Saturday in front of the consulate of Saudi Arabia in Istanbul, where they read a manifesto in which they asked that “those who gave the orders be punished” to kill him and “not only these 18 men” claims to have stopped Saudi Arabia. “Give us back the body of Jamal so we can celebrate his funeral. May the whole world see goodbye to Jamal Khashoggi, who was murdered in a dark room in a horrible way and whose body they try to hide”, claimed Khashoggi relatives.

The Saudi General Prosecutor’s Office said on Saturday that the preliminary results of their investigation into the Khashoggi case show that he died in the Saudi consulate in Istanbul “after a fight with people he met there”, according to a statement quoted by state media.

Amnesty International has demanded in a statement that Saudi Arabia should announce “immediately” where the body of Khashoggi is so that independent forensic can carry out an autopsy according to international standards.

2018-10-20
Previous Post: Who is Princess Eugenia’s fiance?
Next Post: Resistance to antibiotics causes 33,000 deaths per year in Europe