In: Breaking News, US Election

Donald Trump has one foot in the White House. The Republican candidate is getting closer to becoming the 45 President of the United States. Especially after the annotated the victory in the state of Florida – considered absolutely key – of having been proclaimed winner in North Carolina and raze directly in Ohio. 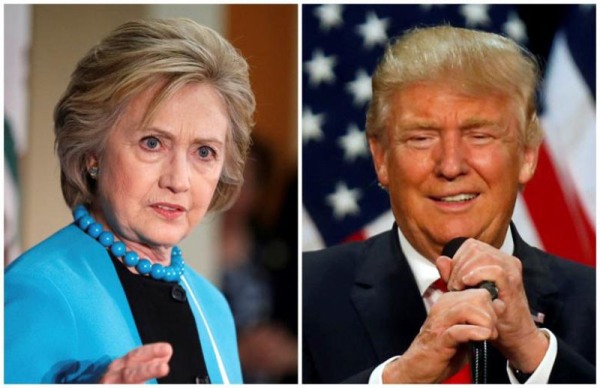 Right now the millionaire adds 244 delegates of the 270 needed to get done with the keys of the White House, compared with 215 of Hillary Clinton. In addition, projections also indicate that the Republicans would keep control of Congress and the Senate.

Trump needs just 26 more delegates in order to become the head of state and government of the world’s most powerful country. The final battle is fought in the states of Michigan (16 delegates) and Wisconsin (10 delegates), where for now Trump is leading in Wisconsin very comfortably.

Several states have met forecasts and have an expected winner. This is the case of Wyoming, Utah, Nebraska and Texas, where the tycoon has swept as analysts had anticipated. In contrast, other states on the East Coast have fallen on the side of Hillary Clinton by a landslide as expected. New York, Massachusetts and Vermont have clear democratic color. Trump has taken street the rural vote and Hillary’s major urban centers.

Participation being registered in the US especially in some key states, is still high and could even beat some records, according to initial estimates.

Florida, battle to the death
The battle in Florida, a State considered absolutely key in these elections and that many analysts believe that it may decide that who can be the next US president, has been quite fierce. The candidate has won victory in Florida with a 49.2% front to 47.7% of Hillary Clinton.

Trump has scored the 29 delegates that grant this state, and that can be critical to achieve the 270 that are needed to get the keys to the White House.

Although Florida’s largest Latino community in the United States, and despite racist insults that the millionaire has released during this election campaign, the Republican candidate has managed to win this state is key. So key that in recent days several advisers to Hillary Clinton assumed that if winning in Florida would become the 45th President of the United States of America.

Florida already was a decisive State in 2000, when George W. Bush won the race for president to Al Gore in Florida, for a difference of only 537 votes. And in the 2012 election, Barack Obama removed from Florida hands to Mitt Romney by less than 1% of the vote, approximately 74,000 ballots.

‘Racial’ Distribution of votes
According to survey exit polls from CNN, the distribution of the vote in US elections by racial segmentation would have been as follows: 70% white, 12% black, 11% Hispanic, 4% Asian. In addition, the chain reported that 62% of voters would have voted before September. Only 12% of voters decided to vote in the last week, according to a survey exit polls conducted by CNN.