The US president, Donald Trump, elected Tuesday Court of Appeals for the Tenth Circuit Neil Gorsuch as his candidate to replace the late Supreme Court judge to the conservative Antonin Scalia. 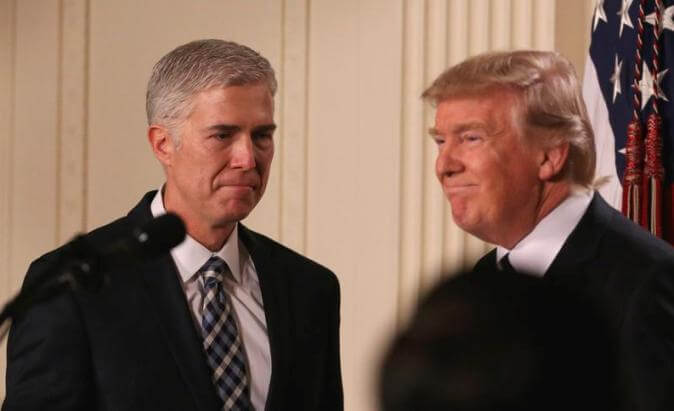 “Today fulfill some other promise to the American people to nominate Neil Gorsuch judge for the Supreme Court”, Trump said today in a press statement from the White House. Gorsuch, 49 years old, is a judge of the Court of Appeals for the Tenth Circuit that convinced Trump for his “extraordinary legal knowledge, his brilliant mind and tremendous discipline”, according to the president.

Trump candidate for the lifetime position on the Supreme is a solid conservative who has defended the death penalty and religious freedom of the individuals above government regulations. Although it has never issued a ruling on abortion, Gorsuch has itself said that there is no “constitutional basis” for the freedom to choose from the mother over baby’s life.

“He’s a man from our country and a man our country really needs”, Trump said. “My only hope is for Democrats and Republicans to join, once for the good of the country”, he added.

To become the new Supreme Court judge, Gorsuch needs to achieve a majority of 60 votes, a barrier that may be difficult to overcome since the Republicans have a majority of 52 seats in the Senate and would need the support of several Democrats.

Trump defended that Gorsuch, formed in the prestigious universities of Harvard, Columbia and Oxford, “could have any job in any law firm for any amount of money, but what I wanted was to be a judge, take decisions and enforce the laws and the Constitution”.

One of the cases that catapulted Gorsuch was when he ruled in favor of handicraft company Hobby Lobby who sued the government to ensure that it was not required to provide their employees’ health insurance coverage of contraceptives, as established by the health law proclaimed in 2010 by the former president Barack Obama.

If confirmed by the Senate, Gorsuch will fill the vacancy left in the Supreme by the late Conservative Judge Antonin Scalia, who died in February 2016. To replace Scalia, one of the five conservative justices of the high court, Obama had nominated moderate judge Merrick Garland, but the Republican majority in the Senate refused to consider his confirmation.