Trump prepares to withdraw from nuclear deal with Iran

Donald Trump looks at the planetary agenda with the electoral map in hand. In a clear gesture to its voters, the US president is preparing to depart from the nuclear deal with Iran and let Congress decide the future. Although it does not carry the end of the agreement, the decision would suppose a rupture of the line maintained by the Department of State and a forceful blow to the legacy of Barack Obama. 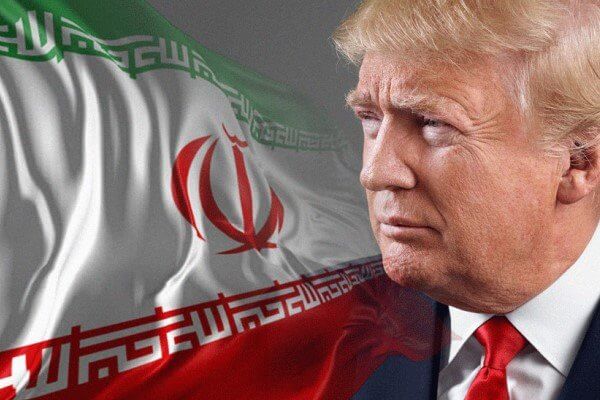 In the first place America. Trump turns to close on himself. The multilateralism, the nuclear distension, the dialogue, the values represented by the agreement signed by seven powers in 2015, Vienna, were never enough for the Republican. During the election campaign he called the text, which limits Iran’s nuclear program in exchange for lifting sanctions, as the “worst in the world”. Already in the White House continued their attacks and only two weeks, aligned with the theses of Israel, considered a “shame for the United States”.

So far, the blows had been no more than verbal. Trump roared and the White House certified in its quarterly reviews that Iran was complying with what was signed. But now, nine days after the next validation expires, everything indicates, according to US media that the Oval Office will refuse to approve.

The step would not involve breaking the agreement. Once made, Congress would have 60 days to decide whether to re-apply economic sanctions to Iran. A measure that experts consider very difficult to adopt. But that, in any case, opens a period of instability.

With a single move, Trump would have taught to Iran, contradicted his European allies and weakened internal covenant displaced, especially Secretary of State Rex Tillerson and Pentagon chief Jim Mattis himself. All in full swing with North Korea.

The motives of the US president to make this leap have multiple roots. His natural allergy to everything that comes from the Obama era and Iran’s own demonization of the US right combine with what the White House considers a failure of the “expectations” of the agreement and a greater attempt to renegotiate it.

For both Trump and Israel, the agreement has not undercut the tension in the Middle East. On the contrary, the White House accuses Iran of fomenting instability in Yemen, Syria and Iraq, as well as developing and testing ballistic missiles against UN Security Council Resolution 2231. A point of the latter in which Iran, according to Reuters, is opened to open conversations to reduce the tension. Another area of conflict is the so-called extinction clause that, according to US hawks, allows Iran to restart its nuclear activity after 14 years.

Since Trump started playing with the idea of not ratifying Tehran’s exemption from sanctions last April, the Iranian ultra have rubbed their hands at the possibility of reactivating the nuclear program, whose limitations were imposed by the imposition of the supreme leader. They argue that if the US withdraws, nothing will prevent them from re-enriching uranium on an industrial scale. President Hasan Rohaní has been more content, while the IAEA continues to note that Iran fulfills its part of the agreement.

“One of the options in case one of the parties leaves the current framework would be to return to previous activities… It is an option. And it is not difficult. We can return to the above situation if our counterparts do not fulfill their commitments. But Iran will not be the one to start back on the road”, Rohani said in an interview in New York on the occasion of the UN General Assembly. The Iranian president, who also stressed that in any case his country would not manufacture nuclear weapons, insisted on the high cost of the US to leave the agreement. “No one will ever trust the United States”, he warned in clear reference to North Korea.

The head of Iran’s Atomic Energy Agency, Ali Akbar Salehi, has stated that “if the US leaves the JCPOA and other countries follow, the agreement will definitely crumble, but that if only the US leaves”, Iranian officials will be studying what to do. In any case, the official position, which this same Ayatollah Ahmad Khatami reiterated during the midday prayer, is that “the agreement is non-negotiable”.

2017-10-07
Previous Post: Nearly 60 dead and more than 500 injured in a Las Vegas shooting
Next Post: Sony will launch a new version with artificial intelligence of its dog-robot AIBO