Vanessa Trump, wife of Donald Trump Jr., had to be hospitalized early Monday morning in a New York hospital near her residence after opening a letter containing a suspicious white powder, which hours later it was found that it was not dangerous. The envelope was addressed to the eldest son of the president of the United States and was sent to the apartment in which the couple lives on 54th Street on the island of Manhattan. 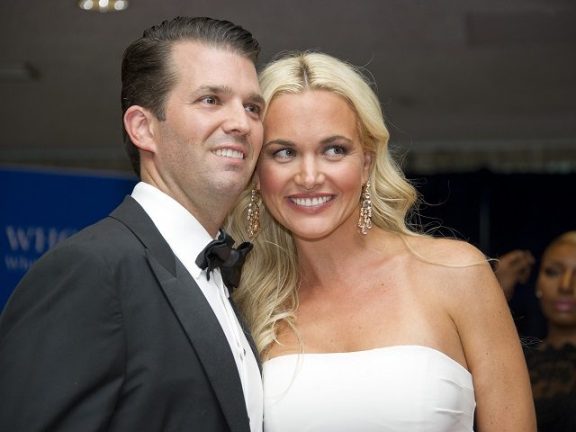 The president’s daughter-in-law opened the letter after 10 o’clock in the morning, local time on the East Coast of the United States. The emergency services went immediately to the building and proceeded to decontaminate Vanessa Trump on the spot, along with two other people who were in contact with the envelope. Later they were transferred to a health center, where they were under observation for a few hours before being discharged.

Both the NYPD and the Secret Service try to determine the origin of the letter. Although at first it was not specified what type of substance would be waiting for the final analysis, they ruled out after a few hours of the incident that was dangerous. “They are fine”, sources with the investigation told the local media, which insist that the transfer to the hospital is a measure of “precaution” and to follow its evolution.

Michael Cohen, the personal lawyer of the president and the Trump family, considered that this incident is the result of a “dangerous” and “reckless” act that goes beyond the political differences that can be had with his client. “A person must be really sick to do this to a mother who has five children”, he lamented. Ivanka Trump said that “there are no excuses” for this type of actions, “nobody deserves to be scared in this way”.

After its analysis, the suspect substance turned out to be cornstarch. The couple married in November 2005 at the golf club that the family company operates in Mar-a-Lago (Florida). The exmodel is 40 years old. The authorities did not indicate whether the children were in the apartment at the time of the incident. Donald Trump Jr. tried in the past not to be subjected to the constant vigilance of the Secret Service, to preserve his privacy. But in the end he reconsidered his decision.