Trump cancel orders the manufacture of the new Air Force One

Donald Trump has not taken office yet but already taking orders. At least on Twitter. The elected President of the United States ordered in a tweet cancel the order to the Boeing Company to manufacture a new model of the presidential plane Air Force One, considering that the costs are “out of control”. 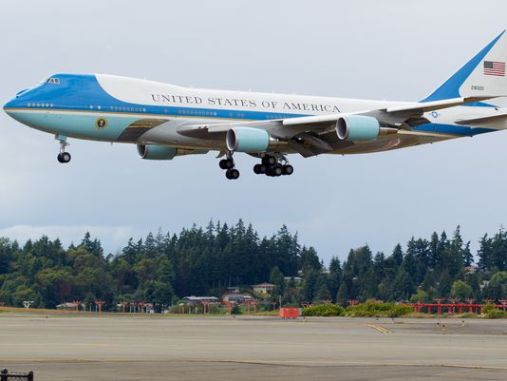 “Boeing is building a brand new 747 Air Force One for future presidents, but costs are out of control, more than $4 billion. Cancel order!”, ordered Trump in a message posted on Twitter. The tweet brought down Boeing shares on Wall Street.

Trump believes that the cost of the program is “ridiculous”. “We want Boeing to earn lots of money, but not so much”, added the President-elect in declarations to the press in the Trump Tower in New York. Yet it is not clear where pulls out Trump the figure of 4,000 million dollars of the cost of the program for the new Air Force One and if he can cancel the contract that the Obama administration has already approved to replace two obsolete presidential aircraft.

The White House spokesman, Josh Earnest, merely stated to reporters that “some of the figures” provided by Trump “does not seem to reflect the nature of the financial agreement between Boeing and the Department of Defense”.

The United States Air Force announced in January that Boeing had won the contest for the new fleet of “Air Force One”. According to Reuters, the cost of replacement would be around 2,870 million dollars.

The Boeing Company issued a statement after the tweet of Trump. “We are currently under contract for 170 million dollars to help determine the capabilities of this complex military aircraft serving the unique requirements of the President of the United States”, said a statement through their spokesman Todd Blecher.

“We hope to work with the United States air force in upcoming phases of the program in order to deliver the best aircraft for the President at the best price for the American taxpayer,” Blecher added.

According to the website of Boeing, the air forces of the United States plan to replace the two aircraft 747-200 that are part of the presidential fleet by two 747-8 aircraft. It is expected that the new Air Force One will be ready in 2024; it would be the last year of Trump in the White House if the Republican win re-election.

2016-12-06
Previous Post: Merkel, re-elected leader of the German conservatives
Next Post: The scandal of child sexual abuse can affect 98 clubs