Donald Trump, the president of USA has achieved on this Tuesday his first victory in the automotive sector with the decision by Ford to cancel an investment of 1,600 million dollars in Mexico, shortly after he had threatened to General Motors to produce vehicles in the Latin American country. 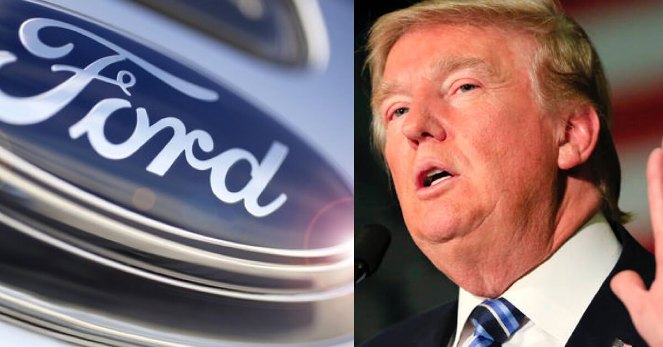 For his part, Mark Fields, the president of Ford, has announced the cancellation of the construction of a new plant for assembly of vehicles in the Mexican locality San Luis Potosi to produce the next generation of the Ford Focus.

In addition, the president of Ford has assured that the company will invest 700 million dollars in the American factory of Flat Rock (Michigan) where will be produced electric and autonomous vehicles. Likewise, Fields has emphasized that this decision has been taken “independently”.

During the election campaign of the United States Trump had already criticized Ford’s plans in Mexico.

Last September, Trump threatened Ford with a few customs duties of 35% for vehicles produced in Mexico and imported into the United States if the company had plans to build the plant in San Luis de Potosi.

Despite the cancellation of the construction of the plant in San Luis de Potosí, the Ford Focus will not be produced in the United States because, in a statement, the manufacturer has indicated that will produce the new generation of that model in the assembly plant of The Mexican city of Hermosillo “to improve the profitability of the company”.

2017-01-03
Previous Post: 60 killed in a riot at a prison in Brazil
Next Post: Arrested in France the former first Minister of Kosovo Ramush Haradinaj