Dr. Ralph Delius is a well-informed and educated person. He began his training at Michigan Medical Center University, where he accomplished his General Surgery Residency. He then proceeded at the University of Lowa Hospitals with a residency in cardiothoracic surgery. 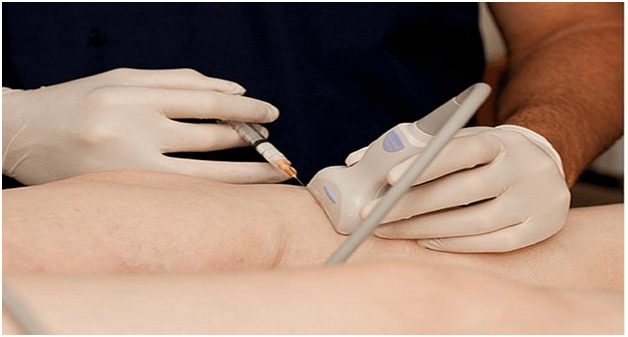 Dr. Delius completed his training at Great Ormond Street Hospital for Children within London, the UK, with a year of pediatric heart surgery specialization. His career covered the entire cardiac surgery gamut, comprising of transplants, adult cardiac surgery, ECMO, and unique stress on pediatric heart surgery in different Vein Centers. Also, he has been on the faculty at the University of California Davis, Wayne State University, and the University of Lowa. His most current post for seventeen years was at Children’s Hospital of Michigan within Detroit, and he has published nearly 100 scientific papers and books on surgery.

Dr. Ralph Delius stated clearly that outpatient; catheter-based processes are the future direction of medicine. It is because there have been limitless conditions that required primary operations plus an extended hospital stay that is now safely and conveniently managed within an outpatient setting. Dr. Delius has engaged in open incision surgery for the past 25 years that still aid in many patients. It is increasingly apparent that traditional surgery is being relegated to the past, and conventional surgery, performed with gaping incisions, scalpel, larger retractors, and even astronomical instruments, are swiftly becoming obsolete in many Vein Centers.

At the forefront, there are Metro Centers that provide cost-efficient, safe, and effective treatment for many venous and arterial conditions in an outpatient setting. Therefore, he thought it would be extra rewarding being part of the future instead of a relic of the past. After his career in performing more open incision surgery, Dr. Ralph elected to change to a more contemporary kind of catheter-based therapy through joining Metro Vascular staff.

Dr. Delius’s commitment and resilience have seen him accomplish everything he undertakes in his career successfully. Before venturing into his career, he firmly founded a sound academic basis that has been his career pacesetter. He began by enrolling for higher education learning at California University Northridge, where he completed his undergraduate studies. Also, he is a medical degree holder from the University of California at Davis School of Medicine. After his academics, he ventured into the pharmaceutical industry. He has served numerous vein check up centers by performing traditional surgery to many patients. Currently, Dr. Delius is based mainly at Metro Vascular Canton Office, located in Texas.

2006 was the year when the company was founded with the primary goal of helping patients who were suffering from varicose veins. Presently, Metro Centers has fifteen officers across Texas, New Jersey, Michigan, New York, and Pennsylvania. It is a national head in the treatment of spider veins, varicose veins, and other venous conditions by applying modern minimally invasive technologies. Its doctors comprehend the complexity of living with bulging and painful veins, and they take pride in aiding the patients. They help the patients regain confidence and liberty of enjoying life to its fullest.

The sole company’s focus is on the venous insufficiency because it is the underlying cause of spider veins and varicose veins. Therefore, they are dedicated to easing leg pain, eliminating unsightly veins, and treating leg ulcers to allow their patients to look, feel, and live better.

Among the many vein check up facilities, Metro Center is unique for several reasons, like employing the highest caliber vascular medicine experts and medical staff within the profession. Also, it offers a complete array of clinical processes to treat the venous insufficiency root cause and continuously researches to refine their work and enhance vascular medicine practice.