While the interrogation of the first two suspects of last Friday’s homemade bombing on the London Underground, in which more than 30 people were injured, British security forces have confirmed the arrest of three new suspects, one 25 years old on Tuesday, and two of 48 and 30 years on Wednesday. 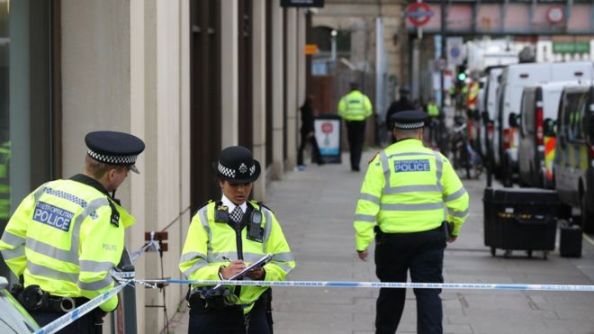 The three men were detained in the city of Newport, Wales, where one of them, the youngest, was registered as a resident, according to a statement by the London Metropolitan Police.

The two operations are in addition to the arrest last Saturday, a suspect of 18 years in the departure lounge of the Port of Dover – in southeast England – and the second arrest of 21 years in Hounslow, near from London Heathrow Airport.

So far, the police have registered four properties: the home of the third suspect in Newport, two properties in Surrey County outside London – one in Sunbury-on-Thames and one in Stanwell – and another in Hounslow, close to Heathrow Airport.

According to British media, the Sunbury-on-Thames home is owned by Ronald and Penelope Jones, aged 88 and 71, respectively, known to have given temporary shelter to homeless youth for decades, which earned them the Order of the British Empire, awarded by Queen Elizabeth in 2010. The press said Sunday that the couple recently cared for young refugees from countries like Syria and Iraq.

According to local media, the young 18-year-old suspect is an Iraqi-born orphan and lived with the Joneses, while the 21-year-old is from Syria and spent time with the couple.

Under the British anti-terrorist law, the five suspects of the attack, whose authorship has been taken over by the Islamic State terrorist group, may be detained without charge for up to 14 days. Agents will then have to seek judicial permission if the detention is held.

These arrests suggest that the person responsible for placing the explosive device on Friday did not act “alone”, as Interior Minister Amber Rudd said in a statement to the BBC on Sunday, and there are other accomplices.

Dean Haydon, head of the Metropolitan Police’s anti-terrorist unit, has stressed that investigators are trying to find out “all the facts” after the bombing. “We ask the population to warn if they see something that seems out of place, unusual or just does not fit their day to day life. It could be nothing, but if you see or hear something that could be related to terrorism, trust your instincts, act and call us”, he added.

Following these five arrests, Britain reduced Sunday from “critical” to “serious” terrorist alert, meaning that an attack is highly probable, but not imminent.

2017-09-20
Previous Post: Irma sweeps the Caribbean and Florida prepares for catastrophe
Next Post: More than 220 killed in a strong earthquake at Mexico