The president of South Korea, Park Geun-hye, showed Tuesday her willingness to leave office before the end of her mandate if so decides by the National Assembly. Her decision comes after being involved in the biggest political and financial scandal of recent years in the Asian country and that tens of thousands of people have begun to the streets for weeks to demand her resignation. 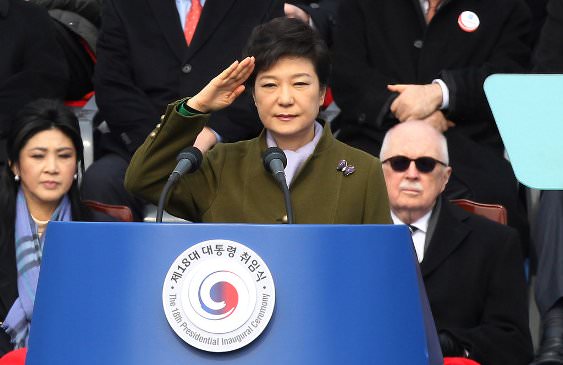 During her third televised speech since come to light the case, the maligned president declared her intention to resign according to a timetable and procedures agreed by the political parties that minimizes the potential confusion arising from an unexpected transition of the government. In principle her mandate expires in February 2018.

“I’m giving up everything now”, said the woman who leads the country from 2013, a moment where she also took the opportunity to apologize to the nation for the scandal that has paralyzed her government for weeks.

“I will let the National Assembly decide on my future, including the shortening of my presidential mandate”, she said. “If the ruling party and the opposition will inform me how to minimize confusion and emptiness in official business and I guarantee a stable transfer of power, I will resign as president according to its timetable and legal procedures”, she added.

Her speech on Tuesday took place a day after a group of parliamentarians from her own party favorable to its figure the challenge to elect a “honorable withdrawal” that would avoid being in the position of forcibly removed through a process of political prosecution. This Friday was planned that the opposition parties were asked in the House vote on whether to apply or not her rejection.

Precisely, the opposition parties to the Government have stressed that her words today are only an attempt to escape from this process and try to stay more time in the office. Speaking to Yonhap news agency, Democratic Party lawmaker, Park Kwang-on, described the action of the President of trick to try to lengthen the procedures. “She’s passing the ball to Parliament, when it could simply resign”, he said. “She is asking the Parliament to choose a date to resign, and knows that will lead to a discussion on when to hold the presidential elections, which will delay everything”.

The same opinion of Shin Yul, a professor of political science at Myongji University. “(Park) does not want the Parliament to recuse, and she does not believe that lawmakers can reach an agreement soon, so that is complicating things and trying to transfer part of her guilt to the House”, he said to Reuters.

2016-11-29
Previous Post: 75 dead in plane crash of Chapecoense Brazil football team
Next Post: Steven Mnuchin will be Treasury Secretary in the Government of Donald Trump