The oldest man in the world dies at age 113, Holocaust survivor

Yisrael Kristal, the oldest man in the world and Holocaust survivor, died Friday in Israel at the age of 113, a month before celebrating his new birthday, Israeli media reported. 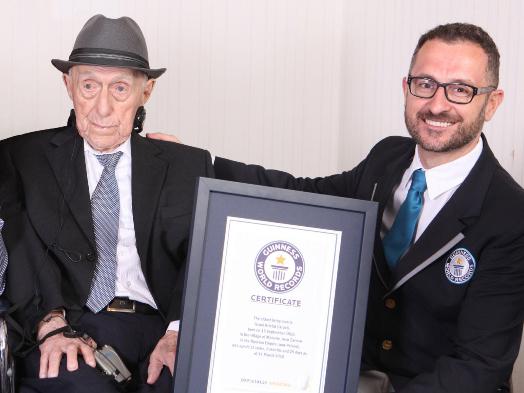 Kristal, born in Zarnow, now Poland, in an Orthodox Jewish family, survived World War I and lived in Lodz, in newly independent Poland, until the Nazi invasion in 1939. He was then displaced with his family to a ghetto of the city and, later, deported to the Auschwitz concentration camp. There he lost his wife and two children, but he was rescued. He weighed only 37 kilos.

Kristal immigrated to Haifa, northern Israel, with his second wife and son in 1950. There he maintained a flourishing candy company until he retired.

“Two books could be written about one day at Auschwitz”, he said in an interview, although he did not like to talk about this experience.

Last year Guinness World Records awarded him the certificate for being the oldest man in the world, when Japanese Yasutaro Koide died at 112 years and 312 days. “Everyone has their own destiny, there are no secrets”, he said of his longevity.

The old man considered that the present world “was worse than in the past” and criticized “the permissiveness of young people”. “Everything is now hi-tech,” he said. “Things come easily, effortlessly, without the manual labor of the past.”

Kristal leaves two children, nine grand children and 32 great-grandchildren. In September of 2016 he had celebrated his Bar Mitzvah, one of the most important ceremonies in Judaism, since he had not been able to do it a century before.

2017-08-11
Previous Post: An 82-year-old woman developed an app that caught Apple’s eye
Next Post: United Kingdom wants to avoid controls on the Norwegian border after the ‘Brexit’