The most powerful countries discuss the Syrian issue

The G7 foreign ministers will meet on Monday and Tuesday in Lucca (Italy) to try to revive negotiations on the future of Syria and send a “clear and coordinated” message to Moscow, the main support of the Damascus regime. 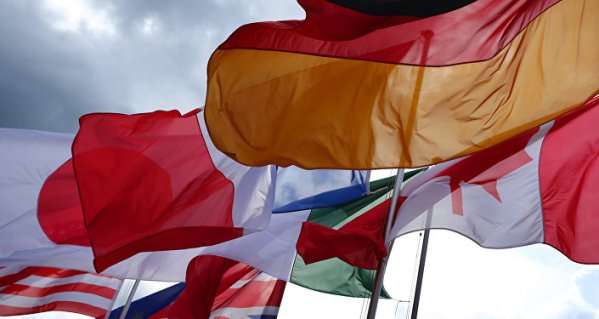 This annual meeting will allow ministers from several countries to meet for the first time with the new US Secretary of State, Rex Tillerson.

The G7 foreign ministers (United States, Japan, Canada, Germany, United Kingdom, France and Italy) planned to address issues such as the fight against terrorism, the situation in Libya and Ukraine, North Korean provocations or agreement on the Iranian nuclear program.

But the chemical attack that killed 87 in the rebel town of Jan Sheijun in northwestern Syria and the American countermeasures against an air base of the Syrian army has greatly changed the agenda of the meeting.

In addition to the round tables that will begin this Monday evening, Italian Foreign Minister Angelino Alfano called a special meeting on Tuesday morning to which Turkey, United Arab Emirates, Saudi Arabia, Jordan and Qatar, confirmed Monday to the AFP the Italian chancery.

Relations between the United States and major allies of Damascus, Russia and Iran, tightened again this Sunday, when Washington requested the departure of President Bashar Al-Assad, and Moscow and Iran threatened to carry out reprisals against those who attack the Syrian army.

British Foreign Minister Boris Johnson overturned a visit scheduled for Monday in Russia to “continue contacts with the United States and other countries” before the G7, where he will try to articulate “coordinated international support for a cease-fire and intensify” the search for a political solution in Syria.

According to him, the aim is that Tillerson, who will travel to Moscow after his passage through Lucca, “send that clear and coordinated message to the Russians”, Johnson added.

The head of US diplomacy arrived in Italy on Sunday, where he held several bilateral meetings, beginning with a meeting with his Japanese counterpart Fiumio Kishida.

Tillerson also attended a ceremony in memory of Sant’Anna di Stazzema, a town near Lucca in which 560 civilians were killed by the Nazis in 1944.

Foreign ministers often take advantage of the G7 meetings to take the time to address certain issues, from the press, with limited delegations.

French Minister Jean-Marc Ayrault said that this could be an opportunity to ask the US administration to clarify their position on issues such as migration, climate, conflict between Israel and the Palestinians, according to a French diplomatic source.

2017-04-09
Previous Post: Terrorist attack in Stockholm: they look for the suspect who ploughed a truck into crowds
Next Post: The intestinal health might be the solution to acne