At least 52 people have died and hundreds were injured Saturday in a bomb attack against a shrine in southwestern Pakistan, as confirmed by government sources. The Islamic State (IS) has claimed responsibility for the attack several hours later. 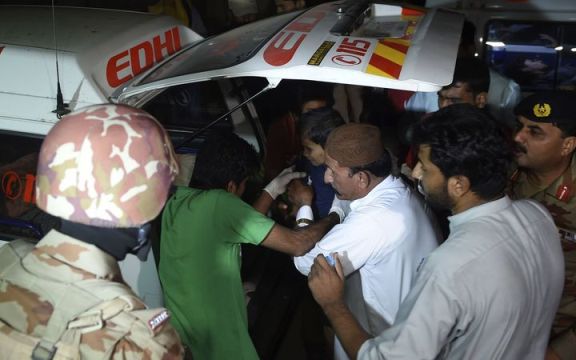 “At least 52 people were killed and 105 wounded”, said Sarfraz Bugti, regional minister of the province of Baluchistan, where the attack took place. This is an area between mountains, very complicated communication and access.

Specifically, the explosion occurred in the Shah Noorani shrine of the Khuzdar district, where a faithful crowd attending a traditional ceremony held every day before sunset.

Dozens of ambulances and emergency team members have moved to the area of the event, as confirmed by the General Asim Bajwa, army spokesman.

The office of Pakistani Prime Minister Nawaz Sharif, has issued a statement in which condemns with firmness the attack.

Pakistan has experienced a significant reduction in extremist violence since in June 2014 launched an operation in the tribal areas against the TTP and other insurgent groups, which has seen thousands killed portrayed as terrorists by the Government of Islamabad and more than a million internally displaced persons.

But Baluchistan has continued to suffer from serious attacks with 362 killed so far this year, well above the 135 tribal areas, until recently the subject area with the highest mortality by extremist violence in the country, according to the database of the institute for Conflict and Security studies Pakistan.

Last August, a suicide bomber killed 72 lawyers in a hospital who had gathered for the murder an hour before another prominent lawyer.

2016-11-12
Previous Post: Melania Trump: A first lady in discreet background
Next Post: France remembers the victims of the attacks in Paris