The French former minister Emmanuel Macron will run for president

The French former Economy Minister, Emmanuel Macron, today announced his candidacy for the presidential elections in France next year. “I’m ready, so I am a candidate for the presidency of the republic, because I think, more than anything else, that we can succeed, that France can succeed”, Macron said in a statement to the press. 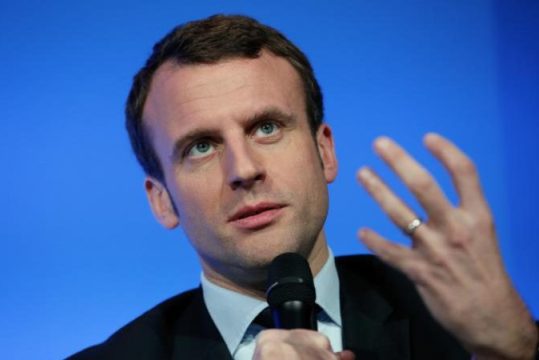 Macron, whose decision was expected since the French Government abandoned last August, has made the announcement at a training centre in Bobigny, one of the industrial suburbs to the northeast of Paris.

The former minister has assured that his candidature will be placed “under the sign of hope” and who is not born to gather to the left or to the right “but to all the French”.

He has insisted on the speech that he has maintained in the last months against the established system, to establish himself as the standard of a “democratic revolution”.

The candidate must confront the campaign without the support of a major traditional parties, but has the platform ‘Move on!’ that he founded and with the support of personalities from the world of business.

For Macron, everything happens for “liberating the energies” of those who can contribute something to the country and “protect the weak” within a country that is “blocked by corporatism”.

2016-11-16
Previous Post: Egyptian court overturns the death sentence against the former President Morsi
Next Post: More than 140 people have been killed in India train crash