The half- brother of Kim Jong-Un, the leader of North Korea, was killed with VX, a powerful neurotoxic agent known for its use as a chemical weapon, according to the Malaysian police investigating the spectacular attack on 13 February against Kim Jong-Nam. 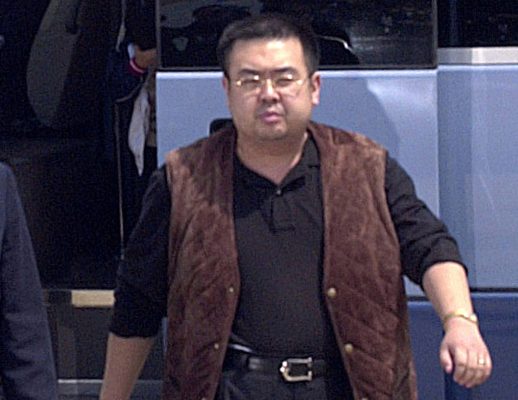 The poison used by the assailants was the VX agent – a version even more deadly than sarin gas – painless, odorless and highly toxic, police said when presenting the results of a preliminary toxicological analysis.

Traces of VX, considered a weapon of mass destruction by the UN, were found in samples of the face and eyes of the stepbrother of North Korean leader Kim Jon-Un, who died after being attacked by two women at the Kuala Lumpur airport.

Images of the airport video surveillance system show that to the victim, a corpulent man of 45 years, requesting help to the airport staff, who directs him to the clinic of the air terminal for assistance. Kim Jong-Nam, who was at the airport to board toward Macao, died shortly after while being transferred to hospital.

The VX, as it is known in the military jargon of NATO, attacks the nervous and muscular system, acting by inhalation or simple contact with the skin.

The autopsy ruled out a heart attack and the investigation had focused on the hypothesis that a toxin had been applied to his face.

Malaysian researchers will try to determine where this deadly chemical agent comes from, said Khalid Abu Bakak, chief of the national police. “We’re going to investigate how this enter into the country, the chemical is illegal, it’s a chemical weapon”, he said.

The VX could have been hidden without difficulty in a diplomatic bag, which is not subject to the usual controls at custom, said an eminent security expert in the region, Rohan Gunaratna.

In the past, North Korea used diplomatic suitcases “to smuggle materials which would be subject to checks if passing through the usual channels”, added Gunaratna, director of the International Center for Research on Terrorism and Political Violence.

And North Korea has previously manufactured VX, he added.

According to Lee Il-Woo, South Korean defense analyst, “North Korea would have substantial reserves of VX, which can easily be manufactured at a low price”.

“North Korean intelligence services have been very active in Thailand, Malaysia and Indonesia, and today represent a threat to the region”, according to Gunaratna.

There are three suspects arrested: the two women – one Vietnamese and one Indonesian – and one North Korean man.

Malaysian police also suspect four North Koreans who fled Malaysia on the day of the crime to travel to Pyongyang. They also want to question three other North Koreans, among them a diplomatic in Kuala Lumpur.

South Korean Foreign Minister Yun Byung-Se urged the international community to “take action” against North Korea if it confirms the hypothesis of an attack commissioned by Pyongyang.

“The international community would see it as an act of state terrorism affecting the sovereignty of Malaysia”, Yun said after a meeting with his British counterpart Boris Johnson on Wednesday.

North Korea’s official media attacked Malaysia harshly and lashed out at the investigation, which they claim it is politicized.

The KCNA news agency broke the silence imposed after the murder and accused the Thursday to that country to be responsible for his death and of plotting with South Korea.

“The main culprit in this death is the Malaysian government as the citizen of the People’s Republic has died in their territory”, said KCNA, that attaches the thesis of poisoning to “foolish rumors”.