The Bank of England (BoE) governor Mark Carney has warned on Thursday that doubts about the implementation of Brexit are already affecting the British economy by creating a climate of uncertainty that limits investment decisions by companies and of household spending. Carney has issued a warning at the press conference following the meeting of the Monetary Policy Committee, in which he announced the maintenance of interest rates at a historic low of 0.25% and a reduction in annual growth forecasts to 1.7%, compared to 1.9% expected last May. 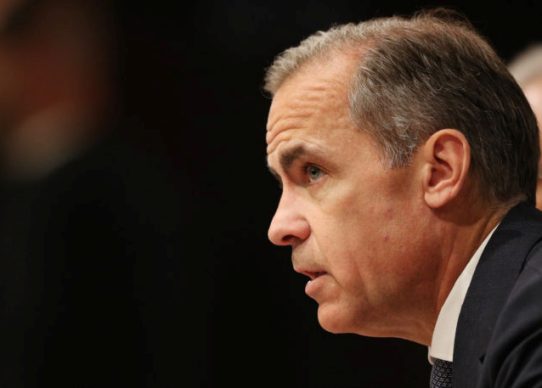 “The speed of the British economy has been reduced”, said the governor of the BoE to justify the reluctance of the business sector to make big decisions, as it is not yet clear what the terms of the future trade relationship with Europe will be. The pound has fallen against the euro by 0.3%, to its lowest in the last nine months.

Carney, a Canadian economist who arouses the reticence of the Euro-Phobos for his clear EU-favorable position, is one of the voices that, together with the British Economy Minister, Philip Hammond, bet on a soft Brexit to preserve the business and financial interests From United Kingdom. As a result of Wednesday’s statements, which imply a veiled censure of the vagueness of Prime Minister Theresa May in the negotiations with Brussels, the former director general of the British Chambers of Commerce, John Longworth, has blamed the black economic prospects on The “incompetence” of Hammond.

Longworth, an active supporter of the departure of the European Union during the referendum of Brexit, thus ended in the debate that rips apart May’s government from the pragmatic sector led by the Chancellor of the Exchequer and supporters of an exit at any price. Longworth meant that the Governor of the Bank of England is endorsing Hammond’s claim to a transitional agreement with Europe that, at least in the immediate post-divorce period, would allow the British to remain in the single market.

The figures, in any case, are revealing in terms of the impact of these times of uncertainty on the different areas of the island’s economy. The forecast of wage growth, for example, has declined in only three months from 3.5% to 3%. If this trend continues, along with rising inflation, it will dampen the purchasing power of British families.

Many analysts predict that interest rates will eventually change this year, but for the time being, the Monetary Policy Committee has decided to maintain them, after the favorable vote of six of its eight members. On the other hand, Carney will continue to run the issuing bank until June 2019, that is, up to three months after Brexit is already a reality that he has denied so many times since he has had a microphone in his hand.

2017-08-03
Previous Post: 5 Awesome Spots To Visit This Summer
Next Post: US justice promises to pursue with hardness the leaks to the press at the White House