Financial markets around the world are getting a general collapse unexpectedly good performance of Donald Trump in the counting of votes in the United States. 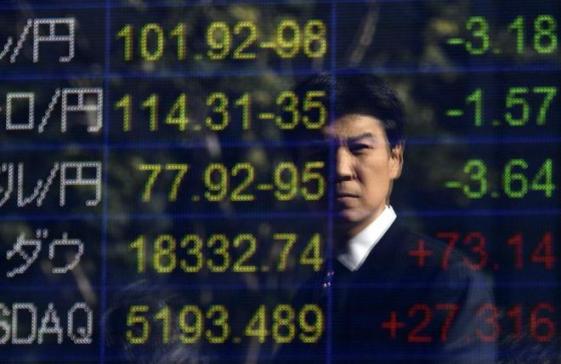 Standard and Poor’s Index Futures of New York Stock Exchange fell by 4%, implying that the market believes that this index, which brings together the 500 largest listed companies in the US. The Nikkei index of the Tokyo Stock Exchange closed with a fall of 5.36%, while the Hang Seng of the Shanghai exchange makes it a 2.83%.

The Japanese Ministry of Finance, the Bank of Japan (BoJ) and the Financial Services Agency (FSA) of Asian country are gathered emergency. Representatives of the three organizations are meeting in Tokyo with the aim of studying an immediate response to ensure the stability of financial markets.

Meanwhile, the traditional refuge values, the dollar and gold, rise. The US currency has revalued 3.4% against the Japanese yen, and gold 3.5%. The bonds of the US and other countries rise, and interest rates that these countries have to pay for their debt, other typical market movement of flight toward assets considered safe.

Although no assets what is reflecting as hardly as the Mexican peso. The currency of the neighbor of the south of the United States is sinking 12% by fears that Trump starts a trade war with that country. Paradoxically, Mexican President Enrique Pena Nieto, is the only head of government who has met with Trump. It was in September in a controversial meeting that reported no political gain to Pena Nieto, and ended up claiming the political head of the promoter of the idea, Finance Minister Luis Videgaray.

The reasons for the nervousness of the market are clear. Donald Trump has declared that he wants to end the independence of the Federal Reserve of the United States, and begin what may be a trade war with China. No economist no longer prestigious, but acquaintance, supports him. Therefore, the market faces enormous volatility if Trump just winning, as happened when the ‘Brexit’ took place in June. The question is whether a President Trump will be able to reassure him or if we are on our way to a slide of ups and downs that can end up causing a financial crisis.

2016-11-09
Previous Post: Close a polling station in California after a shootout that left two dead and two wounded
Next Post: Trump wins several key states and goes to the White House