Snapdragon 845: What’s new brings the chip that will boost the top phones of 2018?

Qualcomm surprised the mobile market at the beginning of 2017, at the CES technology fair, with the launch of the popular Snapdragon 835, a processor that was integrated into the main Android phones. After three years of development, they now announced the arrival of the innovative Snapdragon 845, which will power devices such as the Samsung Galaxy S9, LG G7 and HTC U12, among many others. 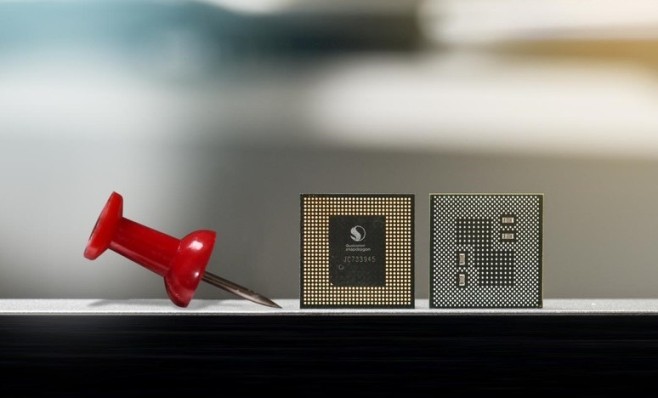 While not yet officially revealed, the presence of Dr. ES Jung, President and General Manager of business of Samsung Electronics, at the recent Tech Summit in Hawaii, cleared all doubts about the incorporation of the Snapdragon 845 in the smartphone Galaxy S9.

“As a member of this alliance for the Snapdragon 845 mobile platform, we look forward with great interest to our continued collaboration”, said the South Korean.

Another which confirmed directly the rumors was the fifth world manufacturer of smartphones, China’s Xiaomi. In this same event, they assured that their next flagship smartphone Mi Mix 2 will be enhanced with this new Qualcomm processor.

“Xiaomi is committed to manufacturing devices that combine cutting-edge innovations in technology and beautiful design, while challenging price expectations, which is why we chose Snapdragon 845 to power our next flagship smartphone”, said Founder, President and CEO. Lei Jun.

The Snapdragon 845 promises to focus on different areas, including security, long battery life, customization with artificial intelligence and a connectivity speed of up to 1 Gbps. To have a reference, 4G networks can reach 100 Mbps for download and 50 Mbps for data upload.

The resolution of the camera, one of the most sought after by the user, will reach 32 megapixels in the single-lens and 16 MP in the dual thanks to the technology included in Snapdragon 845. In addition, an innovative video capture mode called Ultra HD Premium that promises real 60 frames per second and 480 fps to record in slow motion.

The innovations in this field will allow the phone to capture 64 times more high dynamic range (HDR) color information for high-dive photography.

In addition, this massive boost in color information includes a 10-bit color depth for more than one billion tones that can be displayed. 2020 range for incredible 4k Ultra HD/videos so that videos can be viewed with one billion brightness tones all thanks to the Adreno™ 630 visual processing subsystem.

In a mobile world where biometrics are increasingly being used, Snapdragon 845 introduces a hardware isolated subsystem called a Secure Processing Unit (SPU), which is designed to add vaulting features to existing layers of mobile security solutions. In this way, they ensure from Qualcomm, a major safety is obtained for the authentication of the information, the administration of user keys and even those applications used to encrypt information. 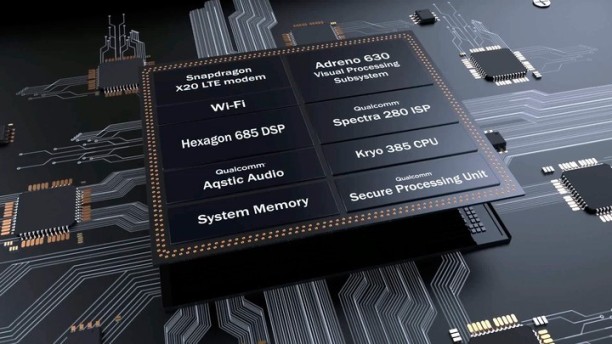 Graphics performance and energy efficiency will also get up to 30 percent improvement as a result of the new Adreno 630 processing system, compared to the previous generation. In this way, cell phones containing the Snapdragon 845 chip will be able to play video for 20 consecutive hours, 4 hours of Ultra HD video, 3 hours of immersive VR experience and up to 2 days of calls.

Another data to keep in mind is the battery charging time. Qualcomm promises to charge from 0 to 50 percent in 15 minutes with the new charger Qualcomm Quick Charge 4+.

The Snapdragon 845 processor is designed for new XR experiences that encompass virtual reality, augmented and mixed. In this way, it will allow the devices to monitor their movement in real time in the physical world, similar to what the HTC Vive helmet generates.

This represents a remarkable change if we take into account the performance of Snapdragon 835. The processor, present in Samsung Galaxy S8, LG V30, Pixel 2 XL, Galaxy Note 8 and Razer Phone, only achieved 6 degrees of freedom (6DoF), which did not offer total freedom to move in a room.