Scotland’s chief minister, Nicola Sturgeon, on Wednesday called on the Scottish regional parliament to agree with the British government on the terms of a second referendum on independence for Scotland. 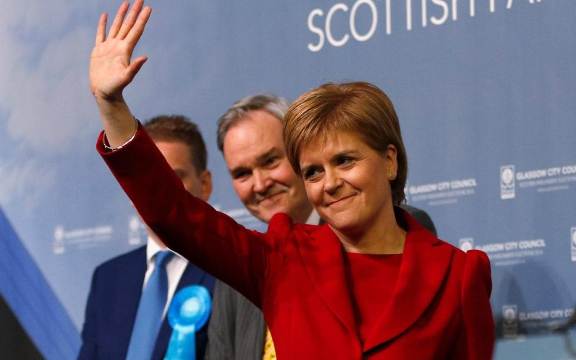 Sturgeon filed a motion “authorizing the Scottish Government to hold talks with the British Government on the details of an order under section 30 of the Scotland Act of 1998 to ensure that the Scottish Parliament can legislate for the convening of a referendum”.

After a debate, the autonomic deputies will vote tomorrow afternoon this motion, which is expected to be approved with the votes of the ruling SNP and the Green Party, which add up to 69 seats of the 129 that has the Edinburgh Chamber.

The SNP already promoted a pro-independence referendum which was held on September 18, 2014 and which ended with a victory for the ‘No’ option to the rupture of the political union between Scotland and England, which goes back at the beginning of the eighteenth century.

However, the SNP returned to the charge with their plans for independence after the British approved their exit from the EU in a referendum held last June, something Sturgeon found to be against the interests of the bulk of the Scots, most of them which voted against Brexit.

2017-03-21
Previous Post: The FBI investigates possible connections between the Trump campaign and Russia
Next Post: United States banned computers and tablets on flights from various countries