Russian attack: The author of the attack would be a 23-year-old Kyrgyz suicide bomber

A suicide bomber would be responsible for the deadly blast on the subway in St. Petersburg, Russia. A Kyrgyz citizen may be the perpetrator of the attack that has killed 14 people and injured dozens.

“Probably the perpetrator of the terrorist attack on 3 April is a citizen of Kyrgyzstan currently nationalized in Russia”, told Rajat Sulaimanov, spokesman for the security service of the republic. 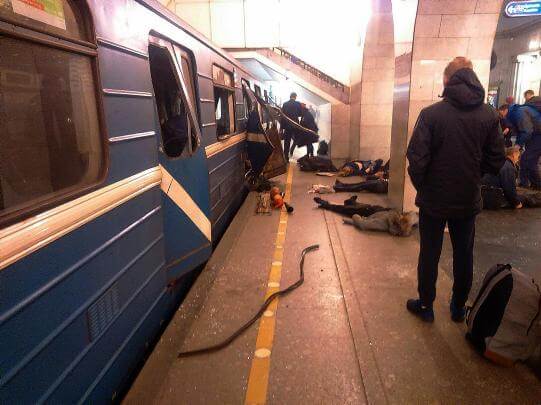 The suspect has been identified as Akbarzhon Dzhalilov, born in 1995, said the spokesman, who said they work closely with Russian security services.

After a first line of investigation that included a second terrorist – which would make it a coordinated attack – the forces of the order now work with the hypothesis that killing is the work of a single individual with possible connections to Islamic radicalism.

The investigation, which is still preliminary, indicates that the suspect had carried an explosive device to the St. Petersburg subway in a backpack and placed it inside the car just before the convoy closed its doors. The same individual would be responsible for the second bomb found at Ploshchad Vosstaniya station, which was deactivated before exploding.

Russia’s health ministry has lifted the death raised to 14. “Today we can state the deaths of 14 people: eleven at the scene of the incident and three as a result of the injuries”, told Veronika Skvortsova, Minister of Health.

He explained that during the night emergency services located fragments of other four victims of the explosion, which raised the mortal balance of the attack from ten to fourteen today. In addition, 49 people are still admitted to hospitals of the former Czarist capital with wounds and burns from different consideration, while 13 of the injured have already been discharged.

In order to prevent further attacks, authorities have reinforced security measures throughout the city, as well as in the country’s capital, both at the transport hubs and in public buildings, squares, schools or nurseries. At the moment, the action has not been claimed by any organization.

In the event of a confirmed the involvement of the ISIS, the attack would be interpreted as a blow to Russia after its intervention in support of Bashar al-Assad’s forces in Syria from the end of September 2015 to end the rebel forces and the terrorist organization. However, due to the history of attacks on Russian soil, it is not ruled out that it is the work of the Chechen separatists.

The Russian President, Vladimir Putin, has met with security forces in the vicinity of the affected subway station and has left flowers in memory of the victims.