North Korean leader Kim Jong-un, visited together with his wife, Ri Sol-ju, air exercises, have been reported in the State media, in what would be the first public appearance of the first lady from nine months ago. 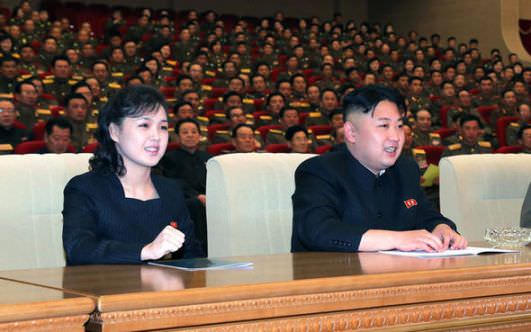 Kim watched the exercises and gave “guidance on the spot” to The Korean People’s Air Force (KPAF), “together with comrade Ri Sol-ju”, added the news agency KCNA, without providing photos or details about the date of the event.

This is the first time that Ri is mentioned by a North Korean media since last March 28 to attend the inauguration of a shopping center in Pyongyang. The prolonged absence again generated speculation in neighboring South Korea that pointed to a pregnancy or the possibility that she had fallen into disgraced.

It is not the first time that North Korean first lady starred in disappearances from the public stage, the longest of them in 2015 when she was absent for four months from media also generating various rumors.

Ri first appeared in public with the North Korean leader in 2012, shortly after he acceded to power in December of the previous year.

The secretive Pyongyang regime does not reveal information about the personal life of their leader, so it hardly has reliable data on his wife, even her age, thought could be between 25 and 30 years.

Ri appeared visibly pregnant in late 2012 and it is believed that she had a daughter in early 2013, although the only person who publicly assured to have seen the girl child is the former American basketball player Dennis Rodman, who established friendship with Kim Jong-un after traveling to Pyongyang.
image source

2016-12-05
Previous Post: Steven Mnuchin will be Treasury Secretary in the Government of Donald Trump
Next Post: A fire in a luxury hotel of Karachi left at least 11 dead