Qatar immersed in a diplomatic crisis with its Gulf neighbors, on Monday handed the Kuwaiti mediator his official response to the demands of Saudi Arabia and its allies, which keeps him isolated, accusing him of ties to Iran and promoting terrorism. 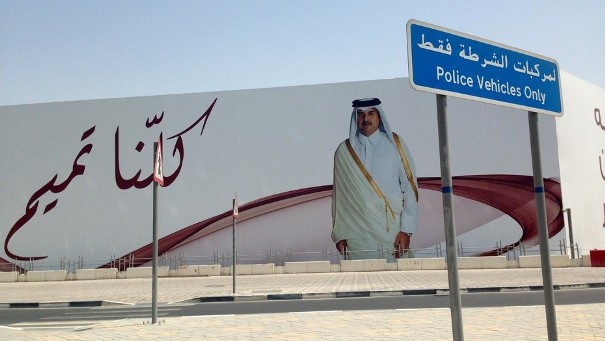 The reply was delivered in a letter from the emir of Qatar, Sheikh Tamim bin Hamad Al Thani to the emir of Kuwait, Sabah Al-Ahmad Al-Jaber Al-Sabah. Its contents were not revealed.

The 10-day ultimatum was due Sunday at midnight, but the deadline had been extended by another 48 hours. However, Qatar delivered as promised in the morning.

On Wednesday, the foreign ministers of these four countries will meet in Cairo to decide “the next stages that concern Qatar”, according to Egyptian authorities.

The international lawyers hired by Qatar denounced in a statement on Monday that the measures taken against its client by Saudi Arabia and its allies are acts of a type that “historically have led to wars”.

At the moment, Doha has implicitly rejected the list of demands of its rivals, including the closure of the Al Jazeera television channel, the reduction of relations with Tehran and the closure of a Turkish military base. For Doha, these are measures that undermine its national sovereignty.

“The list of petitions is meant to be rejected”, the head of Catholic diplomacy said from Rome on Saturday. “The State of Qatar (…) rejects it on principle”.

US President Donald Trump, who once criticized Qatar, reiterated on Sunday “the importance of stopping the financing of terrorism”, which he considers “primordial” and “discredit extremist ideology”, after talking on the phone separately with the King of Saudi Arabia, the Crown Prince of the Emirates and the Emir of Qatar, according to a White House statement.

Riyadh and its allies broke diplomatic relations with Qatar on June 5, accusing the country of supporting “terrorism” and approaching Iran, rival of Saudi Arabia.

Doha denies these allegations and believes that no one has the right to dictate its foreign policy.

The small emirate, rich in gas resources and with great ambitions, was always independent of its foreign policy although a member of the Gulf Cooperation Council (GCC).

Unhappy with the support of Qatar to the Islamists in general and the Muslim Brotherhood, in particular, and fed up with the irreverent tone of Al Jazeera, its Gulf neighbors made a first attempt to change Doha policy years ago.

At the Riyadh summit in 2014, the young emir Tamim bin Hamad Al Thani promised, among other things, to expel the Islamist figures accepted in his country and mitigates the tonality considers as aggressive of Al Jazeera.

In fact, the crisis has been brewing since 2010 “when Qatar adopted more active diplomacy by exploiting the outbreak of riots” of the Arab Spring, despite the fact that the Gulf countries were opposed to it, recalled Nabil Ennasri, director of the Observatory of Qatar.

2017-07-03
Previous Post: A taxi hit pedestrians at Boston Airport: At least 9 injured
Next Post: Ten predictions that Bill Gates made 20 years ago and today are reality