Russian President Vladimir Putin has arrived in Tehran on Wednesday in a visit that highlights the rapprochement between Russia and Iran at a time of growing tension with the United States. On the agenda, the war in Syria, in which both are aligned against Washington and their allies, the threat that hangs over the nuclear agreement and greater economic cooperation. 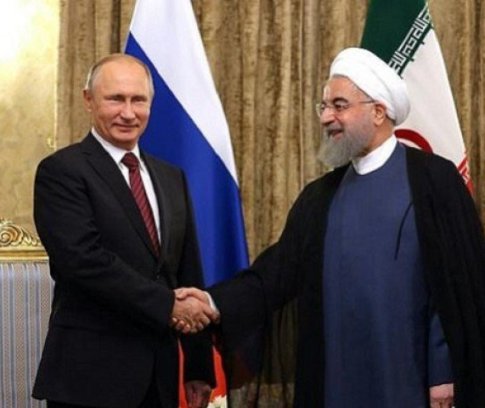 In addition to meeting with his counterpart, Hasan Rohani, Putin has been received by the supreme leader, Ali Khamenei, a sign of the interest that the Islamic Republic grants to his trip.

“We are very pleased that, beyond our bilateral relations, our two countries carry out an important task in guaranteeing peace and stability in the region”, said Rohani, welcoming Putin. Although formally the visit takes place in the framework of a tripartite summit with Azerbaijan, cooperation between Iran and Russia eclipses the rest.

On the one hand, Tehran and Moscow have been the main support for Syrian President Bashar al-Assad against the US, Turkey and most of the Arab countries that have supported the groups that were trying to overthrow him. It was precisely the entry into the conflict of Russian aviation from 2015 that prevented the collapse of the Damascus regime, which Iran propped up since the beginning of the popular revolts four years earlier.

Now, once Asad has prevailed over his opponents and that the threat from the Islamic State seems to be neutralized, both try to coordinate an exit that guarantees their interests in Syria. For this, Russia has convened an international conference next month, which has managed to add Turkey.

On the other hand, the arrival of Donald Trump to the White House earlier this year ended the timid rapprochement between the US and Iran that augured the nuclear agreement signed in 2015. Trump’s mistrust of that multilateral pact, which also had the backing of China, Russia, United Kingdom, France and Germany, has reinforced Tehran’s alliance with Moscow. The Kremlin has criticized Trump’s decision not to validate the agreement and forward it to Congress for review.

Putin’s visit comes just the day after the US Treasury announced new unilateral sanctions against Iran and Russia, two countries that the law that protects them qualifies as “adversaries of the US”. One of the sanctions, major general Mohammad Ali Jafari, has declared that these measures are a “pretext” to damage the economic capacity of Iran.

But there is Moscow to prevent it. Coinciding with Putin’s visit, the Russian oil company Rosneft and the National Petroleum Company of Iran (NIOC) have announced a plan to work together on a series of strategic projects within Iran for a global value of up to 30,000 million of dollars (25,800 million euros). The Russian company, which has just acquired a majority stake in Iraqi Kurdistan’s main oil pipeline, is reinforcing its presence in the region, in line with the strategy to recover the political and economic influence lost after the collapse of the USSR of Kremlin.

2017-11-01
Previous Post: Europe and the United States isolate the secessionists of Catalonia and repudiate the pro-independence proclamation
Next Post: The Argentine survivors of the attack in New York give a lesson to the world