Everything was in a false alarm. But the chain reaction to a simple altercation on a platform in the London underground speaks of the state of collective tension that exists in the United Kingdom at the end of a year in which the country has suffered five terrorist attacks, one in Manchester and four in London, the last of which was a bomb that did not get completely detonated in a subway car. Thus were the two hours of anguish in the epicenter of the British capital in one of the days of greatest commercial activity. 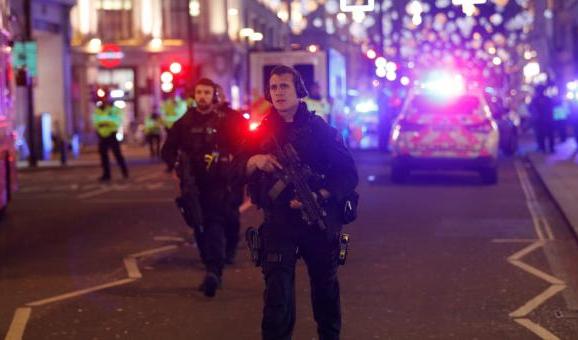 At 16.30 of Black Friday, day prior to Christmas sales in London. Oxford Street, one of the busiest shopping streets in the world, bustles with activity. A few meters under the ground, on a subway platform on the Victoria line, young people get into a fight.

The travelers waiting for the train begin to run towards the exits. When seeing them flee, the tide of people who enters the station turns around and begins to run also towards the exits of the suburban one. Many are overwhelmed and fall to the ground with their bags full of purchases. The screams, the pushes, the panic scenes begin. The mouths of the subway begin to expel floods of people to the street. And the hordes of passersby panic and run through the streets of the center of the British capital.

The emergency services begin to receive “numerous calls” from people who say they have heard shots “in different locations”. A nervous voice from the public address system of the metro urges pedestrians to evacuate. In a matter of minutes, the Oxford Circus and Bond Street stations are closed. Heavily armed policemen run down the street and up and down the subway stairs. A helicopter flies over the area.

“There was a massive stampede of people running and trying to get out of the place as fast as they could”, explained Helen Bushby, a BBC producer who was in the area. “They cried, they screamed, they dropped their shopping bags. It was a scene of much panic”. The hours advance and the incident begins to be a trend in social networks.

At 17.00 in the afternoon, just half an hour after the fight on the platform, pop singer Olly Murs tweets to his 7.8 million followers that there are shots inside the Selfridges department store and found inside. The incident starts to be a trend in social networks. At 17.16 the Police already talks about terrorism from their Twitter account. Ask those who are in the area to leave. “Given the nature of the information received, we responded as if the incident were terrorism, including the deployment of armed officers”, Scotland Yard later explained.

Selfridges and other shopping centers close their doors. Employees safeguard all customers who can in warehouses and offices. “The store was bursting and suddenly people started running out”, explains Jon Urrecho, Selfridges employee. “The entrance was crazy, panic attacks, people crying … We did not know what was going on, whether the danger was inside or outside, so I asked the clients of my store to take refuge in the warehouse. See what happened and suddenly people started to enter the shop again to run for shelter, then they said on the PA system that we evacuate the store, we have a protocol to do it, we gathered all the employees in Hyde Park that does not open again”.

At 5:42 pm the police reported that they had not found “clues of suspects, or of victims, or evidence that shots had been fired”. The investigation was still open. The avalanches of people had caused serious injuries to a woman. Eight other people had to be transferred to hospitals and dozens were treated on the street.

At 18.04 Scotland Yard closed the incident and asked the refugee citizens in buildings to leave. The police disseminate the images of two types, captured by the internal circuit of subway cameras, supposedly involved in the altercation in the subway. Saturday afternoon Oxford Circus continued trending Twitter topic in London. The city is witnessing how the tension in the face of the terrorist threat, combined with the extreme massification of public transport and certain commercial streets at this time of year, can display a dangerous potential, triggered by erroneous information on social networks. The level of terrorist threat in the UK remains “severe”, the second highest on a scale of five, which means that an attack is “highly probable”.

2017-11-25
Previous Post: Koreans Push to Legalize Marijuana through Online Petition
Next Post: Egypt brings to 305 dead the balance of the worst attack in its history