On Brexit tour, Kate and William arrive in Germany

When London negotiates with Brussels the departure of the United Kingdom from Europe, Prince William and his wife Kate arrived in Berlin in what many call the “Brexit diplomatic tour”, a tour of rapprochement with the continent in times of divorce. The dukes were welcomed by hundreds of people at the Brandenburg Gate, hoisting German and British flags. 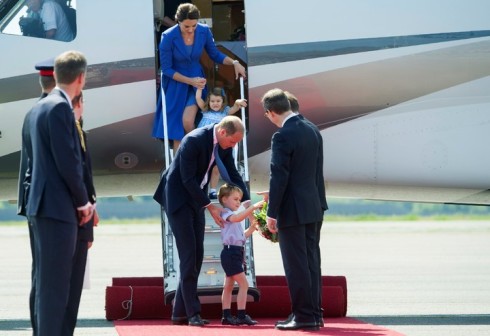 The couple is the “secret weapon of his majesty” sent by Buckingham Palace and the government of London on “diplomatic mission to ease the fears of member countries after the vote on the departure of the United Kingdom from the European Union”, said Süddeutsche Zeitung this Wednesday.

The Dukes of Cambridge thus began a three-day visit, together with their sons George and Charlotte, after visiting Poland. 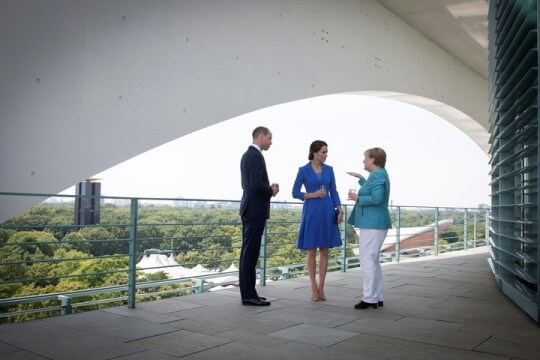 German Chancellor Angela Merkel received them at the Foreign Ministry at noon for a lunch where he also discussed Brexit.

Then the Dukes of Cambridge moved to the Brandenburg Gate monument, symbol of Berlin, where until 1989 was erected the wall that separated the city in two.

Then they visited the Holocaust memorial, dedicated to the Jewish victims of Nazism.

The dukes’ busy schedule includes a reception at the Bellevu castle, seat of the German presidency, and a birthday party for Queen Elizabeth II in the garden of the United Kingdom embassy.

On Thursday, they will travel to Heidelberg, in the south-east of Germany, a city twinned with Cambridge, a pair of ducal fiefs.

On Friday, the last day of the German stay, Dukes of Cambridge will travel to Hamburg, where they will attend a concert of the Philharmonic State Orchestra.

2017-07-19
Previous Post: iPhone 8 would have 3D facial recognition and a large OLED display
Next Post: Eight found dead in a truck in Texas