The outgoing US president, Barack Obama, has spoken Tuesday his farewell speech from the White House, ten days after leaving the presidency of the United States will assume, on 20th January, Republican Donald Trump, winner of the elections of last 8th November. 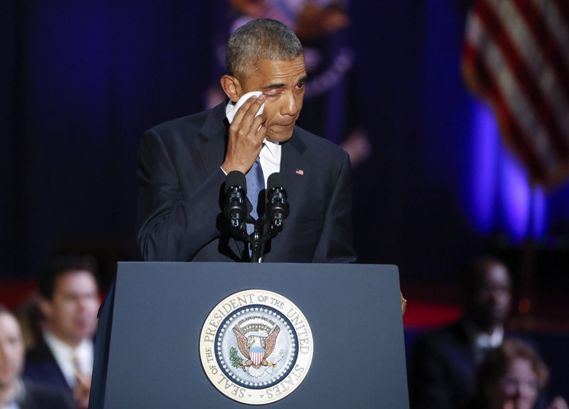 Obama has said goodbye being already grateful to the United States already all the Americans of those that “learned every day” and thanks to which has managed to become a “better president”. “And you make me a better person”, he began.

Underlining the “honor” that has meaning for Obama serve to Americans, he has closed his speech by committing himself to remain “there”, next to the citizens “like one more during the remaining days”. “I ask you to believe”, he added. “Yes, we can”, said, referring to his famous campaign slogan – “Yes, we did”, he concluded.

The president has pointed out that “change only happens when ordinary people get involved and walk together to demand that change”, emphasizing afterwards that precisely thanks to the measures taken during these last eight years in which the Democrat has led the White House “America is a better and stronger place” than at the beginning of his mandate.

In his speech and face the new legislature, led by a Republican who has been accused, mainly in the field, a widely divisive rhetoric, Obama recalled that the issue of race “remains one of the most potent forces and often divisive” in American society, although it has pointed out that interracial relations in the United States are “better than 10, 20 or 30 years ago, regardless of what people say”.

With regard to the fight against the EI, Obama has indicated that the global coalition, led by Washington, has “eliminated their leaders and forced them to withdraw from half of its territory” and thanked all US Army soldiers. “It has been the honor of my life to be your commander in chief”, he added.

However, he has argued that defending the American way of life requires more than an army, since “democracy can collapse when it gives way to fear”.

“That is why I reject discrimination against Muslim Americans, who are as patriotic as we are and why we cannot withdraw from global struggles to extend democracy, human rights, women’s rights and the LGBT community – lesbian, gays, transsexuals and bisexuals – no matter how imperfect our efforts or how appropriate those values may seem”, he said.

2017-01-11
Previous Post: Meryl Streep lashes out against Trump at the Golden Globe Awards
Next Post: Selena Gomez and The Weekend: New Romance in Door