Obama defends his legacy before leaving the White House

The outgoing US president, Barack Obama, has used his last press conference before leaving office on next January 20, to defend a legacy that his successor, Donald Trump, has announced it will reverse in the first months of Government. 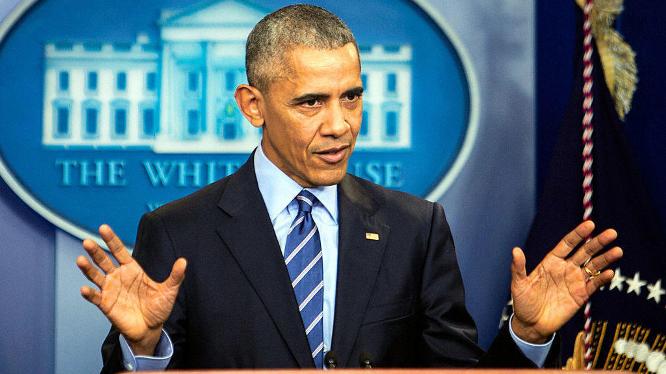 Obama has defended the commutation of sentence to Chelsea Manning, the former military officer sentenced to 35 years in prison for leaking tens of thousands of classified documents to Wikileaks. “Justice has been done”, has considered, remembering that he has already served seven years of a penalty “disproportionate”. In addition, it has ruled out that this pardon may encourage others to divulge secret information.

The president recalled that Manning “took responsibility for the crime” and said that, according to the time spent in prison, it is clear that America will not leave unpunished “vital” information leaking.

It has also been referred to another of his controversial moves in the final stretch of his presidency: US abstention allowed passing a resolution against Israeli settlements in the United Nations Security Council.

Obama explained that the aim was to “send a signal of alert” because “it was creating a reality on the ground would make it impossible to the solution of the two States”; he has defended as the only option for peace between Israelis and Palestinians.

“We cannot force the parties to reach peace”, he said, although he noted that the current situation is “unsustainable” because it poses a threat to the State of Israel itself, due to the wave of violence that has been unleashed.

On Russia – a country to which the intelligence agencies have accused of interfering in the last presidential elections to favor the victory of Trump – Obama has stated that “goes in the interest of the United States and the world have a constructive relationship”.

However, it has been shown in favor of maintaining sanctions against Russia for intervention in the armed conflict in Ukraine and the annexation of the Crimean peninsula, because “continues to violate international standards”. “As soon as they stop doing it, they will be eliminated”, he said.

In this respect, it has also argued that the United States must position “in favor of the basic principles” because, “if a country like the United States, the world’s largest democracy, is not willing to defend these values, certainly Russia or China will not do it”.

As for Cuba, with whom his government initiated a dialogue on December 17, 2014 to normalize bilateral relations after more than half a century, has advocated to stay this course, despite the “differences” separating both countries, among which he mentioned “the repression” of Human Rights.

Obama has been assured that, if the United States maintains a “fair policy” toward the Caribbean island, the living conditions of the Cuban people – whom he says want to benefit from these contacts – “will improve enormously”.

2017-01-18
Previous Post: Five killed in a shootout in Mexico at a party
Next Post: At least 70 injured and several missing after a 17 storey building collapsed in Tehran