North Korea demands US to “bow down and ask for forgiveness”

North Korea has urged the United States to put an end their “hostile policy” toward the Pyongyang regime in an editorial published Thursday, the sixtieth anniversary of the end of the Korean War (1950-1953). 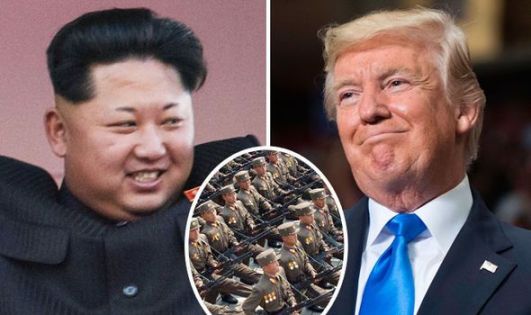 “There is only one way out for the United States and it is to end this hostile and anachronistic policy towards the Democratic People’s Republic of Korea (the official name of the country) and to kneel and ask forgiveness of their army and their people”, reads the editorial published today in Newspaper Rodong Sinmun.

The text adds that Washington does not understand that Pyongyang’s strategic status has changed due to the development of their nuclear and ballistic missile program.

The newspaper included the comment on the occasion of the anniversary of the end of the conflict that the two Koreas are celebrating today.

However, North Korea commemorates this date, which is a national holiday in the country, as “Victory Day” despite a ceasefire that ended the conflict, which the Pyongyang regime calls “The great war of liberation of the mother land”.

Pyongyang is believed to be planning another missile launch around this day after a shuttle was unveiled last week near the town of Kusong.

In the northwest of the country, the North Korean military has made major launches this year, including Hwasong-14, its first intercontinental ballistic missile (ICBM) with apparent ability to reach US points.

However, representatives of the South Korean Defense Ministry on Wednesday dismissed reports that there are symptoms of an imminent launching due to precipitation that falls in Kusong today.

South Korea, which is technically still at war with the North, also held a dialogue offer last week to iron out of the rough edges, although the North still, has not commented.

Continuing arms testing in Pyongyang has heightened tension in the Korean peninsula and hardened the rhetoric of the Trump administration, which has hinted at the possibility of pre-emptive strikes against North Korea.

2017-07-27
Previous Post: The Israeli prime minister under pressure for clashes that left eight dead
Next Post: Jeff Bezos dethroned Bill Gates and became the richest man in the world