Another step forward in the negotiation with North Korea. President Donald Trump has announced in a tweet the release of three American hostages in the hands of the Pyongyang regime. The delivery was made during the visit to North Korea by the secretary of state, Mike Pompeo, who brings them back on his plane. Their state of health, according to the president, is good. The date and place for the face-off between Trump and the North Korean leader, Kim Jong-un, has also been set on the trip. 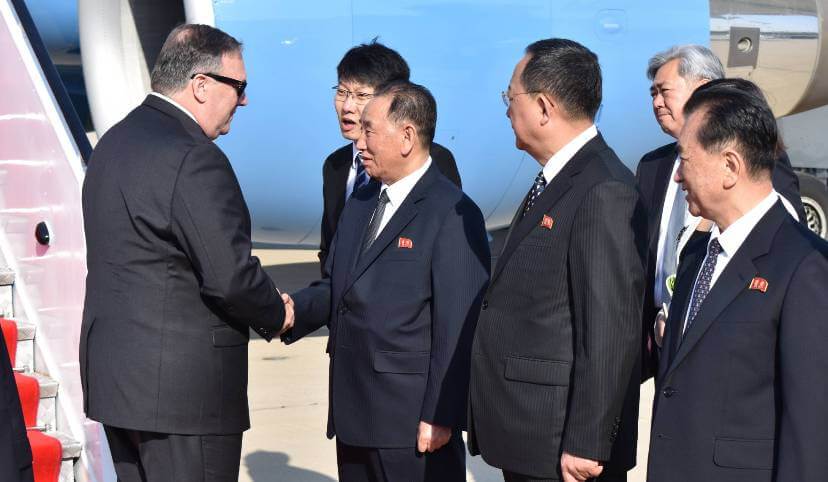 The gesture of Pyongyang not only smooths the interview between both leaders but offers Trump a diplomatic triumph at a particularly tense moment. His decision to withdraw from the nuclear pact with Iran, announced on Tuesday, has unleashed a huge wave of international disapproval.

Although muffled in the United States, where Iran plays the role of satan global for large sectors of the right, these criticisms continue to erode the credibility of US diplomacy. But with the hostages in hand, Trump can divert attention and show that his conduct of negotiations with Pyongyang is on track.

The three prisoners were the last Americans held by Kim Jong-un’s regime. After the death of the university student Otto F. Warmbier, who was returned in terminal phase, they had become a critical point in the relations between both countries. They were an example of the brutality of tyranny that Kim Jong-un directs with an iron hand.

All of them were arrested in the last two years under the accusation of espionage. Kim Dong Chul, a 62-year-old hotelier, was the longest behind grills. He was arrested in April 2016 for allegedly working for the South Korean intelligence service. In one of the denigration shows that the North Korean regime is so fond of, he was forced to appear before the cameras and confess his crimes.

The second of the detainees is Kim Sang-duk, also known as Tony Kim, 50 years old. After imparting a month of classes at Pyongyang University of Science and Technology, he was arrested in April 2017 when he was leaving the country. The last to fall was Kim Hak-song, another teacher. He was arrested on May 6, 2017.

2018-05-09
Previous Post: Kate Middleton gives birth to her third child
Next Post: The opposition declared winner in the Malaysian elections