More than 140 people have been killed in India train crash

At least 142 people have been died and around 200 were injured to the derailed several wagons of a train in Pukhrayan, the state of Uttar Pradesh (India), during the early hours of Sunday. The vast majority of those killed was sleeping at the time of the accident. 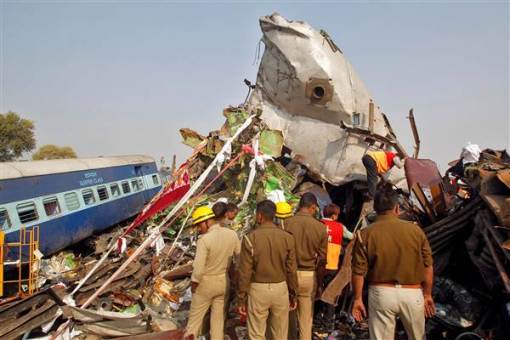 According to Deputy Commissioner of Police of the Kanpur district, Pavitra Mohan Tripathi, the work of identifying the bodies are turned extremely complicated, since many deaths have been crushed by the collision of several cars after the derailment. 14 wagons of Indore-Patna Express have been affected.

They have not yet been determined the causes of the accident, according to a spokesman for the Indian Railways. “The most forceful actions within the legal framework will be carried out against the persons responsible for the accident”, said the Minister of Railways Suresh Prabhu.

The Indian railway system is the fourth longest in the world, with 65,000 kilometers of travel. Transports approximately 23 million passengers every day. According to a report by the National Crime Records Bureau (NCRB) of India, in 2014 there were 28,360 accidents related to railway network, in which 25,006 people died.

2016-11-20
Previous Post: The French former minister Emmanuel Macron will run for president
Next Post: Merkel will be presented as a candidate for a fourth term next year