Mila Kunis denouncing sexism in Hollywood in a public letter

The actress Mila Kunis has denounced the sexism in Hollywood, through a public letter in which she detailed some chauvinistic attitudes that have suffered throughout her film career. 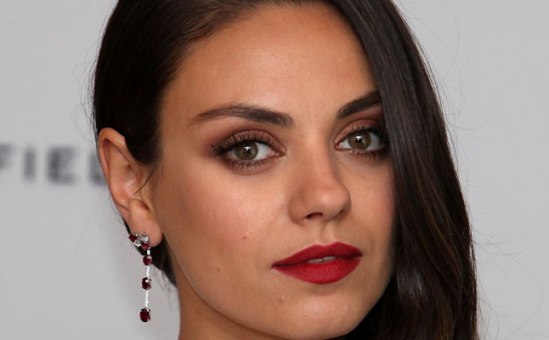 The singer of ‘Black Swan’ (2010) or ‘Ted’ (2012) reported that, on one occasion, a producer threatened her with that would not “return to work” in Hollywood if not appeared “half naked” on the cover of a magazine for men to promote a movie.

“I was livid, I felt objectified, and for the first time in my career I said ‘no’. And guess what? The world didn’t end. The film made a lot of money and I did work in this town again, and again, and again”, Kunis said in a letter published in A Plus; a media outlet founded by her husband Ashton Kutcher.

The actress added that throughout her professional career, has lived moments he was “insulted, marginalized, paid less, creatively ignored and underestimated” only by the fact she is woman.

Kunis gave another example to sustain her thesis. She explained that it was the victim of a “microaggression” by an “influential producer” who spurned a string post after founding a production company with other women. “And Mila is a mega star. One of the greatest actresses in Hollywood and soon the wife of Ashton (Kutcher) and MOM of a baby!” wrote this producer in accordance with Kunis.

“He reduced my value to nothing more than my relationship to a successful man and my ability to bear children. It ignored my (and my team’s) significant creative and logistical contributions. We withdrew our involvement in the project”, criticized the actress.

According to the actress, it may seem that it was only a “little comment”, but countered that views of that style are “microaggression that devalue the contributions of hard-working and valuable women”.

The artist completed her written by ensuring that, from now on, when it is bumper with sexist opinions “subtle or overt”, the will face “frontally”. “I will work again in Hollywood, but will not work with you”, said Kunis in allusion to the threat of the producer with which he began his text.

2016-11-05
Previous Post: Wall Street fall for one week at the prospect of Trump wins
Next Post: Melania Trump worked as a model in the US without work permits