Meryl Streep lashes out against Trump at the Golden Globe Awards

Meryl Streep became the Golden Globe Awards in the more firm defender of foreigners and the freedom, as well as showing a resounding rejection of violence, especially the encouraged from public places. 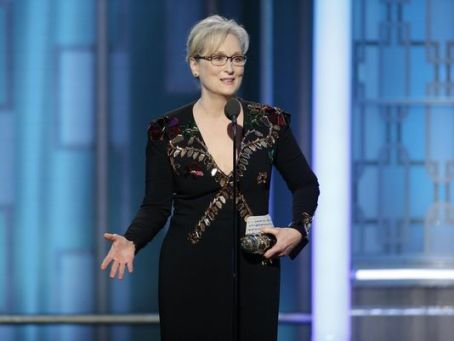 After thanking excited the Cecil B.DeMille Award for her career in the 74th Golden Globe, veteran actress gave the clearest argument against the elected US president, Donald Trump.

“All of us in this room belong to two of the most vilified sectors, foreigners and the press”, began the protagonist of “Out of Africa” (1985).

She reviewed many of the actors nominated tonight at the Golden Globes, protagonist of “Loving”, of Irish and Ethiopian origin, or Ryan Gosling, who had just collected the prize for best actor for “La La Land”.

“Ryan, like most friendly people, is from Canada,” said the actress between the applause of her companions.

“Hollywood – she added, is full of strangers and outsiders. The only job of an actor is to bring to light the life of different people (…) if they expel foreigners we will only see football”.

Therefore, she emphasized the importance of the press at the awards of the Hollywood Foreign Press Association (HFPA).

“We need that the press defend and bring to light all the stories, to make the powerful respond to their actions. We all have to support our journalists because we are going to need them”, she added.

2017-01-09
Previous Post: Four people dead and 13 wounded in an attack against Israeli soldiers
Next Post: Obama, in his farewell: ‘Yes, we can. Yes we did it’