The Christian Democratic Union (CDU) of Chancellor Angela Merkel clearly prevailed yesterday to the Social Democratic Party (SPD) led by Martin Schulz in the first beat of the German election year, in the federal state of Saarland and six months of the general election in which both will fight for the Chancery. 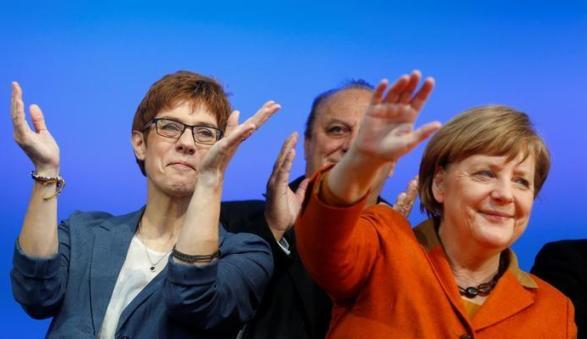 The so-called “Schulz effect” – a rebound attributed by the SPD surveys under the leadership of the former president of the European Parliament – did not exist, at least failed to scale the small “Land” of the Saar (west) where this Sunday held Regional elections.

Merkel’s CDU, the dominant force in that state for 18 years, obtained 40.7%, which not only confirms it as the first regional force, but represents an increase of more than 5% compared to the regional elections of 2012.

The SPD lost around half point and stood at 29.6%, according to the official final results of the election.

Everything points to a reissue of the grand coalition that governs now in Saarland, the same constellation that runs Merkel in Berlin and this “Land” leads her coreligionist Annegret Kramp-Karrenbauer.

A week after having been elected leader of the SPD with 100% by their coreligionists, Schulz admitted his “disappointment” by the result of his party this Sunday.

What happened in the “Land”, where predicted a similar result between the two large formations, leaves at least in question the polls that point to a technical tie to 33% among their ranks and those of the chancellor in the generals of the 24th September.

“The good news is that there has been a high mobilization, and this is good for all democratic forces”, Schulz said in a first reaction to public television, alluding to 70% of participation, almost ten points above that registered in 2012.