The German Chancellor, Angela Merkel, has been reelected this Tuesday President of the Christian Democratic Union (CDU) with a 89.5% of the votes in the federal congress that welcomes the formation in Essen (west) to prepare for the electoral campaign of the general guidelines of 2017. 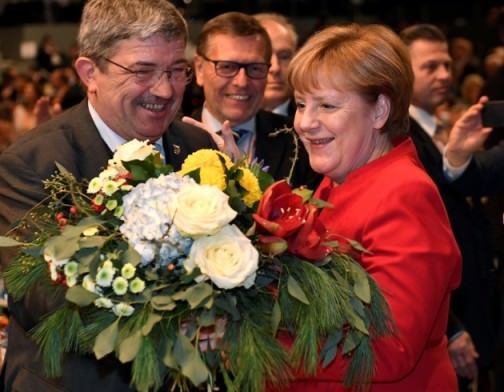 Merkel has obtained this result, compared to 96.7% achieved two years ago, and it was ratified as well as leader of the party, two weeks after announcing she will opt for a fourth term as chancellor in elections scheduled for within ten months.

Before the vote, Merkel has been directed to their ranks to ask for support and unity, warning that the campaign for her re-election as chancellor “not going to be easy”.

“I need your help”, she said, adding that “it is in our hands to achieve the future that we yearn for our country” to what is necessary to achieve the cohesion of their party and also support their twinned Christian Social Union (CSU) in Bavaria.

The next general will be much more difficult than previous ones and in no case “sweet”, has insisted, referring to the emerging radical right Alternative for Germany (AfD).

2016-12-06
Previous Post: A fire in a luxury hotel of Karachi left at least 11 dead
Next Post: Trump cancel orders the manufacture of the new Air Force One