President of the European Parliament, Martin Schulz, left Brussels and returns to Germany as candidate of the SPD in the region of North Rhine Westphalia. In recent weeks it had been much speculation with the possibility that Schulz, after a long period in the European Parliament, would like to try his luck in German politics, positioning even in the pools as the future head of the list of the party to challenge Angela Merkel in the autumn elections. 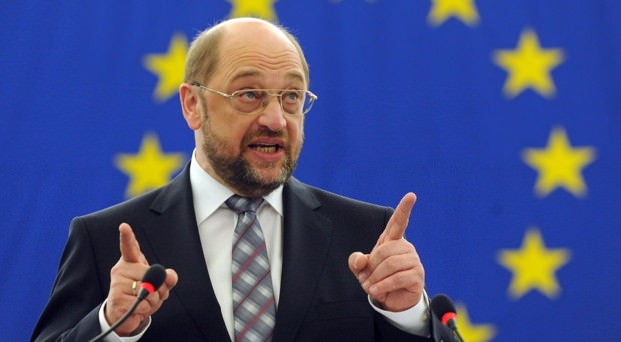 “In recent months there has been a lot of speculation about my future. I have taken my decision: I will not present myself for a third term as president of the European Parliament, but to the German Bundestag as leader of the SPD in North Rhine Westfamilia”, he explained.

“In the future I will continue involved in the European project. European integration is one of the most successful projects in the history of civilization. Never, as now, the world has needed a strong EU, with confidence and united defending their values and beliefs”, he promised.

After the election of Frank-Walter Steinmeier as candidate for president, his position that of foreign minister would become vacant earlier this year at the latest, and immediately speculated that Schulz, who is 61 years old on coming month, could be his replacement.

Schulz is the President of the Parliament since 2012. First, closing the previous legislature and again from July 2014. The agreement of the European Socialists with the ‘popular one’ set that he would return from the legislature, with the German the first two and a half years, and a candidate of the European People’s Party the rest. At first, the agreement worked well, but recent months have been more tense.

The distribution of power in Europe is that the Presidency of the Council and the European Commission are in the hands of two conservatives, Donald Tusk and Jean-Claude Juncker. And if Schulz had given the witness, a candidate who has not yet been chosen, the three institutions would be from 2017 in popular hands. The Socialists, starting by Schulz, refused. And have worked in the last months to try to ensure that the popular current president was maintained.

Schulz will have gathered a problem and an opportunity. The first one that the popular Parliament did not seem anything willing to renounce its right to preside over it. They understand the socialist objections, but explain that it is not their problem and that pacts must be respected. To that joins the opportunity of Schulz return to the German politics, certainly not as an ordinary MP, but disputing the leadership of the SPD to the current deputy foreign minister, Sigmar Gabriel.

To be the candidate for chancellor in elections in autumn or as little, if the results are again not too good, as leader of the opposition to a hypothetical coalition government with Merkel Greens and Liberals. The party will decide next January, but the announcement now gives you enough time to campaign and take the pulse of their rivals.

With the broken voice, the President said that “it is not an easy decision” for him, and he thanked all his colleagues and, in particular, Juncker, “a true European” and friend, according to his words.

“Germany, as the largest member state, has a special responsibility. So far had wanted to do my part as a German member of the European Parliament and in the future I will from Berlin. But fulfill my duties as president with the same force and conviction to the end of my mandate”, he concluded in an appearance without questions.

Who will replace him? It is far from clear. From the European People’s Party they indicate that they have no intention of giving the position. It is by the agreement and will have to choose a candidate as soon as possible. Some of their figures as well as the vice president Antonio Tajani, are very concerned.

2016-11-24
Previous Post: Trump will not move forward with investigations against Clinton
Next Post: Donald Trump chooses KT McFarland and Don McGahn for key posts in his team