London: “attack” with acid in a nightclub full of people

At least twelve people were injured with burns over an alleged attack with acid in a nightclub, in east London, reported BBC. 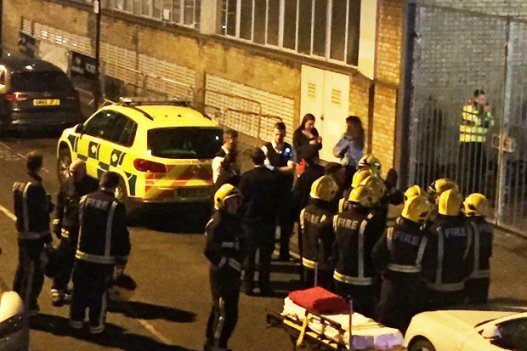 Hundreds of people were evacuated in the club Mangle, Sidworth Street in Dalston, after that the police received a call in the morning. The London Fire Brigade reported that a “powerful acid”, an unknown corrosive substance, was thrown into the bowling alley.

Police said at least 10 people were taken to the hospital by ambulance. No one, according to the BBC, suffered lethal injuries. It is estimated that about 600 people were inside the nightclub Mangle when the attack occurred.

A spokesman for the fire department said the “only information we have is that a corrosive substance was thrown in, it was identified with a PH test as a powerful acidic substance”, he added.

So far no arrests have been made and the authorities are investigating.

A witness, Phie McKenzie, tweeted: “Scary scenes tonight, we heard reports that people were burned with chemicals here in the building”.

Witnesses quoted by the local PA agency described how a girl suffered burns to her face and arm, and how a group of people thrown water on one of his friends after the attack.

British police last year recorded 454 acid attacks in London, 74% more than in 2015, when there were 261 attacks occurred.

According to the experts, this type of assaults has become habitual between some bands because the substances are easy to obtain without it being possible to plan the track of the buyer.

2017-04-17
Previous Post: 5 things airline companies can do with their passengers
Next Post: For North Korea, “at any moment a war can be unleashed”