The push towards legalizing marijuana in South Korea is gaining steam as more than 1,500 people join together and form an online petition that will be delivered to the presidential office on Nov. 29. The goal is to have 200,000 signatures by the closing date. With not much time left for the petition to be signed, people seem to be doing whatever they can to draw attention to the cause and get others to support the recreational and medical use of marijuana. 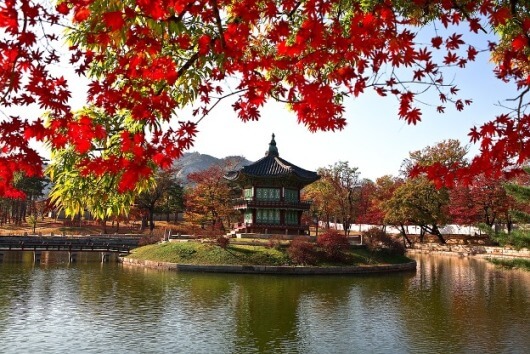 The petition, which can be found on Cheong Wa Dae’s site, was originally launched on Oct. 30. As for the person who started the petition, well, he has decided to remain anonymous outside of a very brief introduction. He describes himself as being in his mid-20s and was caught purchasing and then carrying marijuana in South Korea, so he is now under police probation.

Global Trends Seem to Be Leading the Way
It seems as though global trends helped to create the petition in the first place, as the original petitioner describes in his introduction. Korea put an end to marijuana in the 1970s during the Park Chung-hee administration, even though it had been a popular drug at the time. The petitioner points out the various countries that are starting to legalize it, including the US, where 29 states have now allowed for the sale of medical marijuana. Some of these states have also legalized recreational use of marijuana.

In hopes of changing the government’s position, the petitioner has also pointed out what a lucrative industry it could be. In the US, sales are expected to reach $20.2 billion by the year 2021.

City Wants It to Be Legalized for Folk Tradition
While many are focusing on the medicinal and recreational consumption of marijuana, the city of Andong in Gyeongsang Province is looking to have marijuana legalized for a whole different reason. The city practices the folk traditions of Confucian, which uses marijuana for medicinal purposes.

It also has a history with Andong-po, which is a handmade fabric that requires hemp as its main ingredient. Without hemp, they aren’t able to go about making this traditional fabric. While there was land designated for hemp production, the amount of land available has decreased significantly over the past 10 years, leaving farmers very little to work with. The city argues that they need to be able to grow more hemp to further the cloth-making industry.

At this point, there is a planned open public forum that will take place during the month of November. It is expected that a number of private organizations will also be on-hand to put their viewpoint forward.

A Drug-Free Nation No More?
As the number of petitioners continues to grow and more people appeal to the South Korean government to legalize marijuana, it could be that the drug-free nation may be about to change. Clearly, there is still much to be debated and discussed on both sides before any sort of agreement or path forward can be laid out.

2017-11-21
Previous Post: Mugabe refuses to resign despite the intervention of the Army
Next Post: Panic on Black Friday